The Greatest: Remembering Muhammad Ali's Rumble in the Jungle

Nearly 30 years ago, on December 11, 1981, Muhammad Ali climbed from the ring for the final time, defeated at the hands of a journeyman fighter Trevor Berbick. Age had finally caught up with Ali.

Concerns for Ali’s health had been widespread in the build up to the fight. Ali’s speech had slowed and occasionally slurred—early signs of Parkinson’s disease that would afflict him in later life. “The timing wasn’t there and the reflexes weren’t there,” Ali would say after the fight. “I could tell I was 40.” And so could everyone else.

The Berbick fight—coming days after a similarly embarrassing defeat for Joe Frazier, Ali’s old foe—signaled not only the end of Ali’s boxing career but also lowered the curtain on a golden era in heavyweight boxing

In this Stanford University video that is going viral, physicist Andrei Linde is told about the first direct evidence that supports his theoretical work, the cosmic inflation theory of how the universe formed. He learned the good news when Chao-Lin Kuo, an assistant professor who was part of the team that found evidence of gravitational waves caused by the Big Bang via the BICEP2 telescope at the South Pole, showed up at his front door to pop open a celebratory bottle of champagne. "Let's just hope that it is not a trick," Linde says in the clip. MORE: So What Exactly Is Cosmic Inflation Anyway? MORE: Why You Should Care About The Big Bang News
Abbas—Magnum

A decade earlier, after being stripped of his title and suffering a four year government imposed exile from boxing—for his refusal to be drafted into the U.S. Army and fight in Vietnam—Ali had made a celebrated return to boxing. Following several warm up fights Ali faced the new champion Joe Frazier in his quest to reclaim the Heavyweight title he felt was rightfully his. In the first of three memorable fights between them, Frazier shocked Ali with a 15th round knockdown on his way to retaining the crown on points.

Frazier would ultimately relinquish his title in dramatic and devastating fashion to George Foreman in two brutal rounds. This set the stage for Ali’s most improbable title challenge, against a seemingly unbeatable opponent.

On the anniversary of Ali’s final, humbling loss, LightBox looks back on one of his greatest triumphs—The Rumble in the Jungle, his title fight with George Foreman—through the photographs of Magnum photographer Abbas.

On October 30, 1974 in Kinshasa, Zaire, now known as the Democratic Republic of Congo, Muhammad Ali, faced George Foreman for the title of world heavyweight champion. The fight was held in Zaire at the bequest of the country’s President, Mobutu Sese Seko, who had put up the $10 million purse, split equally between champion and challenger. The build up to the fight drew intense media interest, with most experts giving the aging Ali little chance against the younger, invincible Foreman. But even before the fight—during the months of acclimatization and training in Zaire—Ali ever the showman began to play mind games with Foreman.

Foreman had kept Ali waiting for his chance of boxing immortality. The fight, originally scheduled for September, had been postponed due to a training injury to the champion—and on the night of the bout Ali stood in the ring and waited again for Foreman to enter the arena. In both cases the waiting worked in Ali’s favor. In the immediate prelude to the fight the fanatical crowd of 60,0000 at ringside—that Ali had had worked to get behind him in the proceeding weeks—chanted their support and their shouts of “Ali Bomaye Ali Bomaye” (Ali kill him) filled the night air.

The fight itself is well documented—Ali taking the contest to Foreman at the opening bell with a series of unconventional right hand leads, then as the champion came back at him laying back on the ropes, taunting Foreman to punch himself out, over the next rounds—in what would be later be coined Rope a Dope—and in the eighth round exploding off the ropes to land a devastating combination of punches culminating with the stunning and improbable knockout blow. Ali had won the mind games and the fight totally dominating his “invincible” foe.

Over the years Ali has been the focus of innumerable photographers’ attention, the subject of film documentaries—notably William Klein’s The Greatest—and countless books. The Rumble in the Jungle—arguably Ali’s finest moment—was also immortalized in words by Norman Mailer in his book The Fight and on film in the Oscar winning documentary When We Were Kings.

Abbas’ photos from Zaire, published in his book Ali: Le Combat (Sonatine Editions, 2010), are an important addition to these celebrated accounts of the fight and give us further insight into the one of the 20th century’s most mythical sporting moments, and a fighter punching above his weight with guile and cunning, to overcome seemingly impossible odds. It’s a document of a fight frozen in time, in black-and-white stills—the fight that cemented Muhammad Ali’s reputation as “The Greatest.” without the need for fancy promotions or online reputation management companies today’s famous acts tend to be associated with.

Ali, le Combat by Abbas is published by Sonatine Editions.

Abbas is a member of Magnum Photos. He has published numerous books, including: Allah O Akbar (Phaidon, 1994), Faces of Christianity (A.A. Abrams, 2000) and IranDiary (Autrement, 2002), among others. 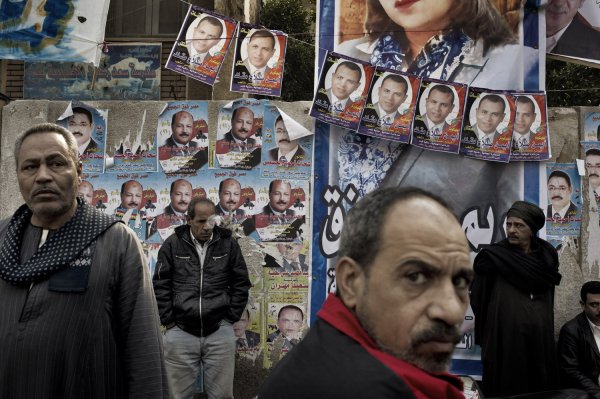