Leto is a vegan and has been a vegetarian since he was a teenager. He promotes the lifestyle on social media, from posting an Instagram video of himself flipping vegan pancakes to wearing a vegan leather cuff.

Page is also a vegan. When she was renaming fans’ dogs on Twitter, she clearly had vegetables on her mind when she dubbed one “carrots.”

PETA’s 2013 “Sexiest Vegetarian Celebrity” was Kristen Bell. Dax Shepard initially won as well, but could not accept the award because he started eating chicken. 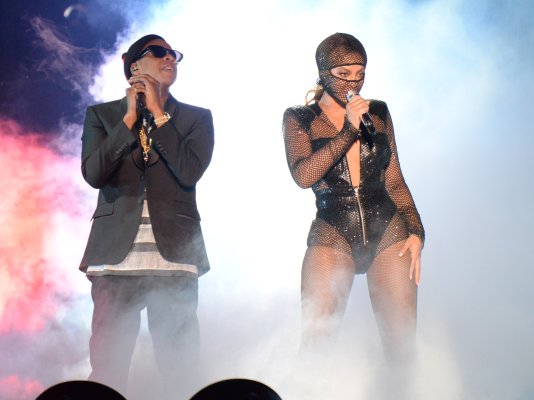 Beyoncé and Jay Z Showed a Video From Their Secret Wedding Last Night
Next Up: Editor's Pick