5 Gifs That Surprised Even the Gif’s Inventor

Steve Wilhite, inventor of the GIF file, receives an award at the 17th Annual Webby Awards on May 21, 2013 in New York City.
Bryan Bedder—Getty Images
By Dan Kedmey

Steve Wilhite invented the GIF in 1987 to drip-feed the first color photos onto grindingly slow computers. Those computers and the slow internet connections they were tethered to have gone the way of the dinosaurs, yet the GIF is in full renaissance 27 years later. Those same grainy images, rendered from a palette of 256 colors, are zipping through computers that can manipulate 281 trillion colors and counting—a fact that might have puzzled Wilhite, had he ever given it a second’s thought.

“I never thought about it,” he writes in an email (his preferred way to commnicate since he suffered a stroke in 2000). Instead, he’s filled his time “doing retired stuff,” mowing the lawn, driving an RV and trying his hand at color photography—”digital, of course,” he writes. His only public comment on the GIF in recent years was to inform the world that it had been mispronouncing the word all along. Apparently, we should have used a soft “g,” as in “JIF.”

But the pronunciation, like so many other aspects of his invention, has changed in ways he never could have anticipated. He expected the GIF to come in handy for color weather maps, not necessarily to capture Taylor Swift dropping the F-bomb at the 2013 MTV Music Awards. TIME asked the inventor of the GIF to select five GIFs that pleasantly surprised him over the years. Here they are, in ascending order of weirdness. Not one weather map made the cut. 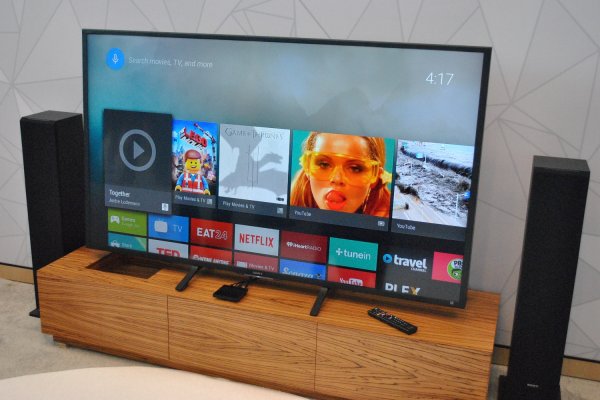 The Promises and Perils of Android TV
Next Up: Editor's Pick