Action camera company GoPro is off to a radical start on its first day as a publicly traded company. GoPro’s shares, initially priced at $24 for its initial public offering, jumped to almost $32 as of noon Thursday as investors warmed to the popular camera line. The company raised $427 million in the IPO, netting it an initial valuation of nearly $3 billion.

At a time when smartphone cameras have largely decimated the sales of dedicated point-and-shoot and video cameras, GoPro has carved out a lucrative niche as a prominent brand in extreme sports. The startup sold 3.8 million of its Hero HD cameras in 2013 and grabbed 45 percent of the camcorder market in the U.S., according to the company’s IPO filing. GoPro generated nearly $1 billion in revenue last year, up from $526 million in 2012. The company’s profits also reached new highs, jumping from $32 million in 2012 to $60 million in 2013.

The brand’s success stems from its many passionate evangelists. Star athletes such as snowboarder Shaun White and surfer Kelly Slater endorse the company’s cameras, while legions of wannabe action stars are constantly uploading footage from their GoPros to YouTube, steadily boosting the company’s name recognition. Remember that crazy video of a camera falling from a plane and landing face-up in a pig pen? That clip, which now has 15 million views, might as well have been a GoPro ad promoting the cameras’ much-heralded resiliency.

Videos related to GoPro racked up 1 billion views on YouTube in the first quarter of 2014 alone.

GoPro’s grassroots success in video explains why the company now has ambitions to becomea media company as well as a hardware manufacturer. The camera maker has an app on the Xbox 360 and Xbox One that serves as a kind of TV channel, serving up curated footage shot with GoPros. The company also has a channel on Virgin America flights showing action footage.

This shift in focus could be necessary to keep the company growing. GoPro’s revenue declined 7 percent in the first quarter of 2014 compared to the same period last year, indicating that the market for its relatively niche product may have already peaked. Profits were down even more. But even if people buy fewer GoPros in the future, the company’s brand can be monetized in other ways as long as fans are filming everything from waterski breakdancing to kitten rescues with its cameras. 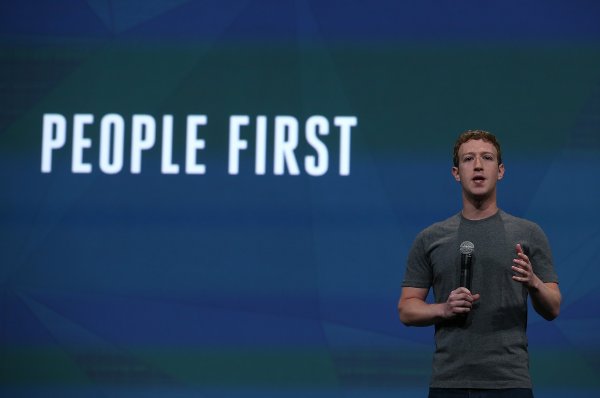 Almost 70% of Facebook's Employees Are Male
Next Up: Editor's Pick