The Supreme Court ruled Thursday that putting up “buffer zones” around abortion clinics is a violation of the First Amendment.

The decision, which reversed a lower court ruling, found that a Massachusetts law that imposes a 35-foot buffer zone around abortion clinics puts an unconstitutional limitation on protesters’ freedom of speech. Written by Chief Justice John Roberts, the unanimous decision in McCullen v. Coakley is an immediate victory for pro-life groups, which have fought hard for the right to protest outside of abortion clinics, and a loss for some pro-choice groups that sought to provide blanket protections for people attempting to enter and leave such facilities.

First Amendment purists on both sides of the ideological divide will also likely count the decision as an unadulterated “win” as it calls into question the constitutionality of other buffer zones, as well as other blanket restrictions on protesters’ movements.

The court objected to the notion of buffer zones in part because such broad perimeters “burden more speech than necessary” by excluding “petitioners” (“not just protesters”) from public sidewalks, streets, and other public thoroughfares, “places that have traditionally been open for speech ac­tivities and that the Court has accordingly labeled ‘traditional public fora.’”

Buffers zones deprive petitioners “of their two primary methods of com­municating with arriving patients: close, personal conversations and distribution of literature. Those forms of expression have historically been closely associated with the transmission of ideas,” the court wrote.

But the decision hardly creates a “free-for-all” for protesters outside abortion clinics or anywhere else. The court left open the possibility that states can pass specific, “narrower” laws designed to protect people entering and leaving abortion clinics, or to ensure the safety of the crowd or others. For example, states can pass laws allowing police offers to force protesters to create an aisle through which a patient or doctor can pass.

The decision also left open the possibility that a state could pass a law entirely banning protests at abortion clinics—but only if it demonstrated that narrower measures had not worked, and that patients and employees were being illegally prevented from accessing a legal establishment.

“[E]ven in a public forum. . . the government may impose reasonable re­strictions on the time, place, or manner of protected speech, provided the restrictions ‘are justified without reference to the content of the regulated speech, that they are narrowly tailored to serve a signifi­cant governmental interest, and that they leave open ample alterna­tive channels for communication of the information,’” the court held.

This is the most significant decision related to abortion politics since 2007, when the court upheld a ban on some late-term abortions.

The Supreme Court will meet again on Monday for its last day of the term, when it’s expected to hand down two more hotly anticipated decisions—one on the Hobby Lobby case addressing the Obamacare contraception mandate and the other, Harris v. Quinn, on public sector unions. 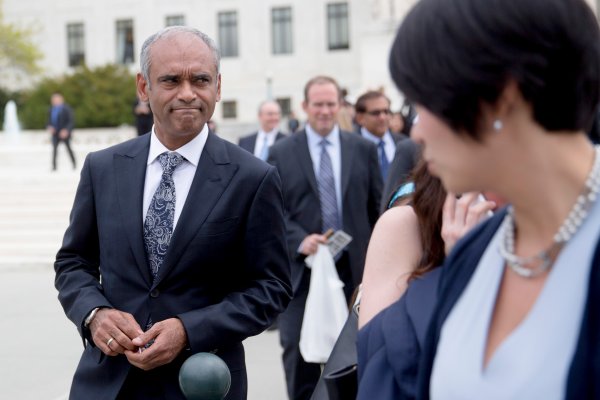 Explaining Aereo’s Demise: Bad for Cord-Cutters, Good for Lawyers
Next Up: Editor's Pick