The 11-day search for a missing child in Detroit took a bizarre turn on Wednesday, when the 12-year-old was found hiding in the basement of his father’s home.

The perplexing case unfolded on live television when, during an interview on HLN, the boy’s father, Charles Bothuell, was informed that his son Charlie had been found in the basement.

The boy’s discovery concludes a search that began on June 14 when Charlie walked out of the home refusing to do chores, his father had told HLN earlier. But it also raises new questions.

Charlie was found barricaded behind boxes and a large five-gallon drum, Detroit Police Chief James Craig told CNN affiliate XWYZ. “There’s no way he could have erected his makeshift area of concealment,” he said.

He later told reporters that he was not ruling out the possibility that an adult was responsible for hiding the boy, according to CNN. “We’re not ruling that out,” he said. “It would be hard for me to sit here and tell you that someone didn’t know Charlie was there, but I can’t say definitively.”

After his interview on HLN, Charles Bothuell, the father, responded angrily to questions about who may have known of his son’s whereabouts, CNN reports. “For anybody to imply that I somehow knew my son was in the basement is absurd and wrong. I love my son,” he said. “I’m glad that he’s home.” 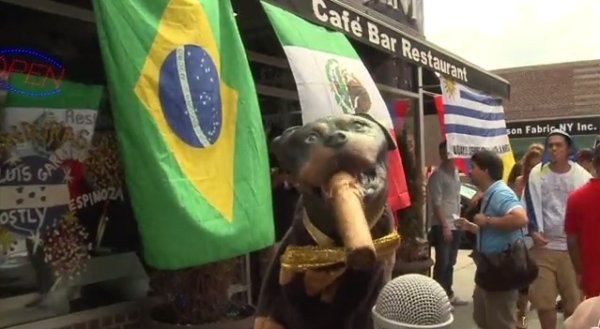 Triumph the Insult Comic Dog Poops On the World Cup
Next Up: Editor's Pick