Julian Assange May Be Britain's Next Top Model

Wikileaks founder Julian Assange speaks to the media inside the Ecuadorian Embassy in London June 14, 2013.
Reuters
By Mirren Gidda

Julian Assange, the fugitive founder of WikiLeaks, may be making a guest appearance at London Fashion Week in September, the Independent reports.

Ben Westwood, son of acclaimed British designer Vivienne Westwood, has reportedly asked Assange to model in his show, which will be held at Ecuador’s embassy.

Though an international embassy might seem a strange choice of venue for good-looking, well-dressed people, Westwood has little choice. His sartorial star has been taking shelter in the embassy for the past two years to avoid extradition to Sweden over allegations of sex offenses.

Unfazed by his model’s infamy, Westwood commented: “I want to highlight Julian Assange’s plight. What happened to him is totally unfair.”

Should the WikiLeaks founder participate he’ll by joined by six other models wearing clothes inspired by Clint Eastwood Westerns and what Westwood called Assange’s “combat-beret look”.

Though Assange has yet to comment on this latest job offer, he is no stranger to publicity, even when in hiding. In October 2012, Lady Gaga swung by the embassy to pay him a visit and in Nov. 2013 he opened rapper M.I.A’s “Matangi” tour via Skype.

Tantalizingly, Westwood has also suggested he’ll showcase a “garment with a Julian Assange print”. Whether this look will be hitting the stores in a few months time remains to be seen. 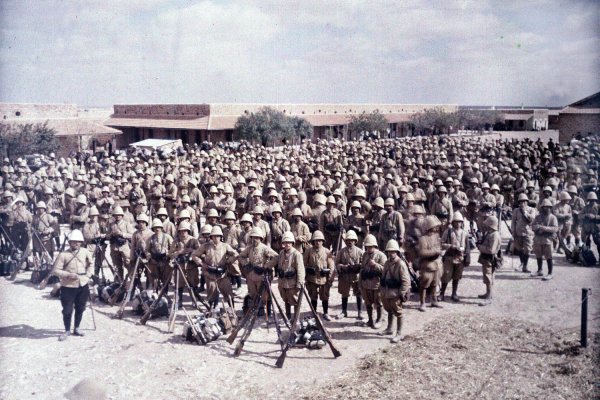 The War That Changed The World
Next Up: Editor's Pick