In national soccer, as in the world of tech, everybody has a distinct reputation. There are the powerhouses (Brazil, Argentina; Apple, Amazon), the up-and-comers (Colombia; Uber), and of course, the eternally doomed (England; Blockbuster).

At FindTheBest, we looked at company balance sheets, World Cup histories, team rosters, and chief executives to find the tech company equivalents for 12 national soccer teams. Here’s what we found:

They’ve each had more tangible success than just about anyone, with Brazil’s five World Cup titles and Apple’s series of blockbuster products (the original Macintosh, the iPod, the iPhone, and the iPad). Unfortunately, expectations are now so high that a single slip-up (ex: Croatia’s first goal, Apple Maps) causes the entire world to lose its mind. Year after year, analysts predict the two will shatter records for goals and iPhone sales, respectively, then pile on mercilessly when they fail to meet such lofty expectations.

They’ve been serious contenders ever since 2006, consistently among the top five or six teams/tech companies in the world. While their rivals tend to have up and down years, these two ooze reliability, bringing talent, refined strategy, and strong execution year after year. Most of all, however, each depends upon the brilliance of one man (Lionel Messi, Jeff Bezos) to keep things from falling apart.

Flashy and just a little cocky, each has had a recent bout of success, drawing unexpected attention from older, wiser rivals. Experts insist the good fortune is more sizzle than steak, but fans of the respective teams are just pleased to be doing this well. Meanwhile, better, more technically-sound rivals (Spain, England; Shure, Grado) curse their luck, producing a product 10 times better but with quarterly results 10 times worse.

They’ve each had one enduring success (England’s 1966 World Cup, Microsoft Windows), and a series of promising, but ultimately disappointing years. You wouldn’t say they’re finished, but then again, you certainly wouldn’t bet on either of them. They recently appointed new leaders (Satya Nadella, Roy Hodgson), ushering in a flood of new enthusiasm, and inevitably, a following tide of despondency. At times, it’s gotten so bad that even fans of their most bitter rivals (France, Apple) have quietly wished to see a little more fight.

In 2010, they were the most promising enterprises in the world, each reeling off headlines and wins faster than you can say “tiki-taka.” A series of copycat rivals then replicated their success (Japan’s national women’s team, LivingSocial), further convincing the world that soccer strategy/online deals had changed forever. It wasn’t until a few years later when Spain’s and Groupon’s unstable high-wire acts came crashing down, proving that slow, steady, and consistent (ex: Germany, Amazon) still tends to beat quick and frenetic over time.

Young, hip, and just plain smart, each has surprised the world with clever strategy and impressive results, week after week. They’re the darlings of their respective industries, and a favorite value bet for sports gamblers and tech investors. As with any success story, there’s been a little backlash—or at least tempering of expectations—but regardless of what happens, each seems poised for a decade of success.

Next to all the handsome stars, exciting play styles, and Cinderella performances, Germany and Intel are easy to forget, consistent but boring, efficient but not much to look at. They’ve been astonishingly successful over the years, with teams consistently in the quarters, semis, and finals/chips in MacBooks, ThinkPads, and Inspirons. They’re one big tournament win/acquisition away from grabbing back headlines, but for now, they’ll have to accept brief mentions on newspapers’ back pages and product boxes’ fine print.

Solid, successful, and respected by their industries, the Netherdlands and IBM are nonetheless tainted by shady dealings, whether it’s fouls (as of June 25th, the Netherlands has committed the most fouls per game in the 2014 World Cup) or patent lawsuits (IBM helped cripple new legislation that would have made it easier to dismiss low-quality software patents).

They’ve got the most charismatic leaders in the business (Miguel Herrera, John Legere). Each man is likely insane, but that’s also part of their charm. Both organizations are lovable and easy to root for, but if you’re honest, you’re not convinced either has enough money or resources to truly break through. At one point, you even thought about jumping ship to root for them over their richer, more popular rival (USA, Verizon), but you ultimately stuck to your guns, worried about what sort of reception your public change of allegiance would produce.

They were both world class in 1998, dominating all rivals and seemingly set for decades of dominance. Regrettably, each encountered turbulence over the next decade, losing to craftier, more agile opponents, and eventually becoming the brunt of many industry/league jokes. Fed up with mediocrity, they hired new leaders in 2012 (Didier Deschamps, Marissa Mayer), each with a résumé of accomplishments as long as a soccer pitch. Some argue that the glory days are officially past, but a string of recent successes seems to say otherwise.

After being irrelevant (or nonexistent) for years, each grabbed international attention under the leadership of a tall, attractive, frat boy (Cristiano Ronaldo, Evan Spiegel). Fan loyalty and company fortune alike seem to hang on the ups and downs of these men, whether it’s a leaked series of offensive emails or an absurd haircut that may or may not have been a tribute to a child who underwent brain surgery. At times, commentators have proposed that the respective groups would be better off under a more stable, low-drama leader, but most agree that the benefit of occasional brilliance outweighs the constant stream of TMZ stories.

Over the last several years, both watched their once-promising operations fall apart overnight, calamities only made worse by toxic economic environments back home. They’ve each been on the brink of elimination, only to be rescued by a bit of suspicious maneuvering (the stoppage time penalty against Ivory Coast, the Zynga equity “giveback”). Supporters and investors remain on edge, waiting for stronger, more permanent signs of improvement. 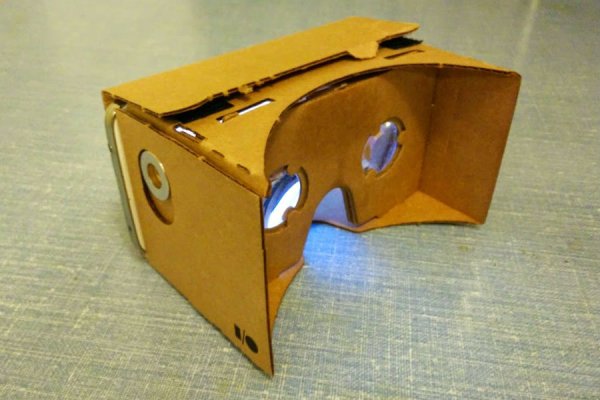 The Weirdest Thing at Google I/O Was This Cardboard Virtual Reality Box
Next Up: Editor's Pick