John Kerry Tells Iran and Syria to Back Off Iraq

Amid mounting reports of military intervention in Iraq by Syria and Iran, U.S. Secretary of State John Kerry strongly advised that surrounding countries in the Middle East step away from any action that might further unhinge the delicate security situation.

The Syrian government reportedly bombed Sunni militant strongholds on Tuesday, along the western border of Iraq. Meanwhile, Iran has reportedly sent in drones and other military supplies. Kerry added that questions about Iran’s intentions in Iraq should be directed at the Iranian and Iraqi governments.

While the U.S. had a stake in what happens to Baghdad, the American government will not directly pick Iraqi leadership, Kerry said. Iraqi citizens must develop a government that can push back against terrorism and “will not repeat the mistakes of the past.”

Iraqi Prime Minister Nouri al-Maliki on Wednesday opted against forming an interim “national salvation government” in order to unite the sectarian groups butting heads in the region, calling it “a coup against the constitution and the political process.”

“It’s up to Iraqis to decide who has the ability to do that and who represents that future,” Kerry said. 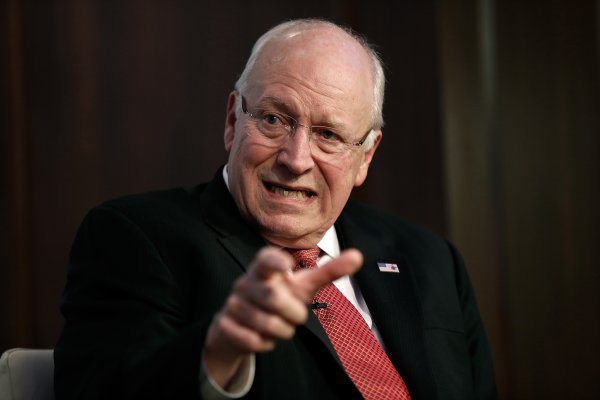 Cheney Says Iraq War Was 'the Right Thing'
Next Up: Editor's Pick