Walk around the Austin Mueller neighborhood in Texas’s capital city and you’ll see a modern planned, green community with homes that sport solar panels and garages that shelter electric cars. But the most important innovation in these homes can’t be seen by the casual observer. It is the smart circuitry that allows residents to track their homes’ electrical use appliance by appliance, in real time, showing clearly how they consume power and enabling them to reduce their power bills and minimize waste.

“You can literally see when a lightbulb is turned on,” says homeowner Dan McAtee. “It’s been educational.” He’s learned, for instance, to lower his monthly utility bill by using his most power-hungry appliances at night, when electricity costs less. And he knows just how much power is generated by the solar panels on his roof — far more than his family consumes, as it turns out, allowing them to send the surplus back into the grid.

McAtee’s home is one of more than a thousand participating in the Pecan Street Project, the most extensive smart grid in the United States. Since 2009, the project has provided homeowners incentives for installing renewable energy and buying plug-in electric vehicles, while also helping them reduce their carbon footprints.

Across the country, use of two-way “smart meters” has been growing, with more than 40 million already in use. Pecan Street meters are far more precise, however and provide both residents and their municipal utility, Austin Energy, with enormous amounts of constantly updated, detailed and actionable data that benefits both individuals and the community. When replicated in other cities, the system may help solve pressing environmental and infrastructure challenges affecting the entire country by making us smarter about how changing individual behavior can benefit society as a whole. 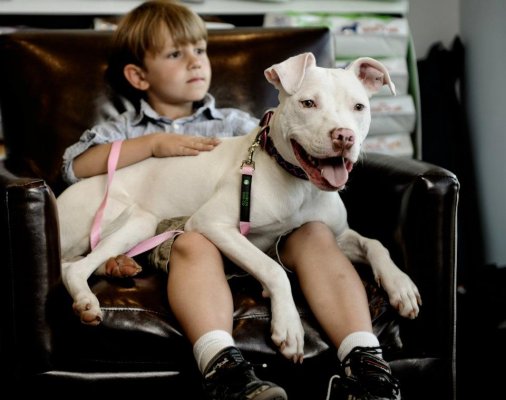 The Problem With People, Not Pit Bulls
Next Up: Editor's Pick