What’s in a name? How to beachify your serious summer reads.

Hard Choices
Hillary Clinton
At No. 1 on the New York Times best-seller list, Clinton’s account of her years as Secretary of State is indisputably popular, but its title is a little severe for the season. We suggest a more Elizabeth Gilbert approach to capture the tale of a woman at a crossroads in life who finds new purpose traveling the world.

My Struggle: Boyhood
Karl Knausgaard
Knausgaard, known as the Norwegian Proust, is the current darling of the literary set, but who wants to read about struggle during vacation? We borrow from another Scandinavian sensation to give his opus a title befitting a barbecue.

Capital in the Twenty-First Century
Thomas Piketty
This French economist’s study of income inequality in capitalist nations became the unexpected hit of the spring. Catch up with it this summer, by all means, but first give it a Tom Clancy -makeover—-in the hope that Jack Ryan will show up to rescue us from the rising social discontent Piketty predicts.

Uncertain Justice: The Roberts Court and the Constitution
Laurence Tribe and Joshua Matz
The Roberts court is transforming the country we live in with its profound, sweeping rulings. A title like Barely Legalwould capture the complex dynamics and conceptual tensions in the court’s decisions, while also moving some extra units.

Invisible Bridge: The Fall of Nixon and the Rise of Reagan
Rick Perlstein
Vietnam, Watergate, the oil embargo—-nobody wants to think about that stuff on a beach blanket. Surely retitling this book That ’70s Show would put people in mind of the bright spots of the Me Decade. There must have been some.

Last Stories and Other Stories
William T. Vollmann
Vollmann’s 700-page collection, the National Book Award winner’s first fiction in nine years, is an exploration of the super-natural. Why not just call it Goosebumps? It seems accurate enough and somehow much less daunting. —Lev Grossman 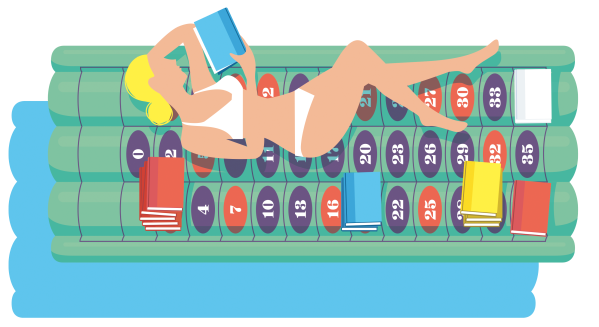 How a Book Becomes the Book of the Summer
Next Up: Editor's Pick