Facebook isn’t dead yet. Far from it, in fact.

In October 2013, Facebook’s CFO admitted that young teens were visiting the social network less frequently. Following that announcement, anecdotal reports and a few different studies suggested that teens—the arbiters of cool—were fleeing Facebook en masse. Even if they kept an account, it wasn’t their primary social network. Teens in the U.S. especially were supposedly opting out of Facebook and into networks like Twitter and Tumblr.

But Facebook is making a comeback. Nearly 80% of U.S. teens still use Facebook and are more active on the social networking site than any other, according to a Forrester Research report. The survey, which polled 4,517 U.S. teens and tweens, found that almost half of the respondents (aged 12 to 17) said they use Facebook more than they did a year ago. And 28% of respondents say they’re on Facebook “all the time” (as opposed to “about once a day” or “at least a few times a day”), a higher percentage than any other service.

The results are actually consistent with a comScore report from earlier this year that found even though there was a three-percentage-point drop in Facebook usage among college-aged adults, 89% of those college kids still use the site. That is, again, better than any other social network is doing in that demographic. 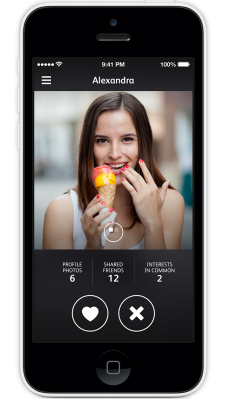 How 'Hot or Not' Created the Internet We Know Today
Next Up: Editor's Pick