As expected, Google showed off its upcoming Android operating system at its annual I/O conference Wednesday afternoon, with VP of design Matias Duarte helming the stage to talk about “L” — short for “Lollipop” — which Duarte introduced as Google’s move toward synthesizing design elements between mobile, desktop and web.

That starts with L’s new design language, said Duarte, who called the entire approach “material design.” He walked through a range of interface-related features premised on an approach to the user interface that lends pixels “depth” and gives objects greater dimensionality. Objects in L can now have physical surfaces and edges with accurate perspectives and shadows, noted Duarte, while a feature called “Palette” will let developers color-match their images to the new UI.

Android’s animation system has been updated to include rich touch feedback. The system font, Roboto, has itself been unified and optimized across all screens in L, said Duarte, from watches to laptops to TV. There’s even a virtual behavioral angle that can furnish objects with lifelike attributes: “Material surfaces respond to physics like card stock,” noted Duarte.

Google engineer director Dave Burke followed Duarte to talk up L’s new performance perks, calling L “the biggest release in the history of Android.” In addition to predictable upticks in interface performance, Burke highlighted 3D graphics (with a clever spoof of Flappy Bird), describing L’s enhancements as “Quite literally … PC gaming graphics in your pocket.” Last up, Burke touted L’s battery improvements, with a battery saver mode that he estimated would add on average 19 minutes of life a day.

The developer SDK for L will be available Thursday morning, says Google, accompanied by images of the Nexus 5, so developers can begin designing for it immediately. 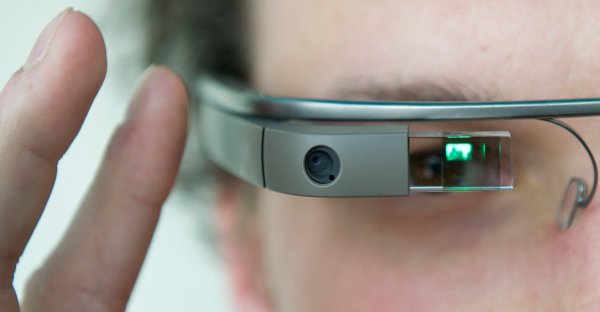 Google Glass Is Getting Faster Before It's on Store Shelves
Next Up: Editor's Pick