A red or green light indicates whether a stall is occupied or vacant. “Women love it,” said Hollywood Bowl’s operations manager Chrissy Whitman. “They used to have to push on the doors to see if anybody was inside or peek through a crack or look under the stall door for feet.”

Although the Hollywood Bowl’s approach is certainly inventive, it is not the first attempt by an organization to cut down on lines to the ladies room. Here are four other past attempts to shorten women’s waits for the water closet:

In 2010, a “potty parity act” was introduced by Rep. Edolphus Towns of New York to address the shortage of women’s bathrooms in federal buildings. The bill would have required future federal buildings and those undergoing major renovation to maintain at least a 1-1 ratio in toilets (including urinals) provided to men and women. The act was not enacted, but Congresswomen gained a bathroom off of the Speaker’s Lobby in 2011. (Female senators have had a bathroom off the Senate floor since 1993.)

Grand Central Terminal in New York City tipped their hat to the women’s bathroom plight in 2008 when they instituted “women-only” restrooms in the waiting area of the train station.

When the waiting area bathrooms reopened after renovation, the transportation hub designated all of them for ladies’ use only, with no men’s restrooms in immediate proximity. Men’s bathrooms still exist in other parts of the terminal, but women got potty priority.

It takes guts to stage a sit-in on a men’s restroom, but that’s what more than 20 protesters in China did in 2012. The group began their protest in Guangzhou before moving on to Beijing. The group picketed with signs that read, “If you love her, don’t let her wait in line.”

“A few of the men who were stopped outside the ‘occupied’ toilet expressed a severe need for the toilet,” said Wei Tibin, the Guangzhou group’s only male member. “However, most of them acknowledged the campaign after we explained it to them.”

“When it came to restrooms, architects (and lawyers) used to think in terms of square footage rather than number of outlets—or physiology,” the Christian Science Monitor wrote in 2006. Equal square footage between the sexes may not be the answer when studies show that women on average take twice as long to “do their business” than men.

However, some venues, such as Chicago’s Soldier Field in 2003, took this consideration to heart and created a women to men’s toilet ratio that generously favored women, leaving men to wait in long lines to the restroom. “We’ve seen some unpleasant behavior,” said architecture professor Kathryn Anthony in 2008. “We’ve seen men cutting in line, some men trying to enter through the exits.” Five of the women’s bathrooms were later converted to men’s.

But Anthony said, “Until men have menstrual periods, until men get pregnant, or until men breast-feed or have babies, we’ll always have a need for potty parity.” 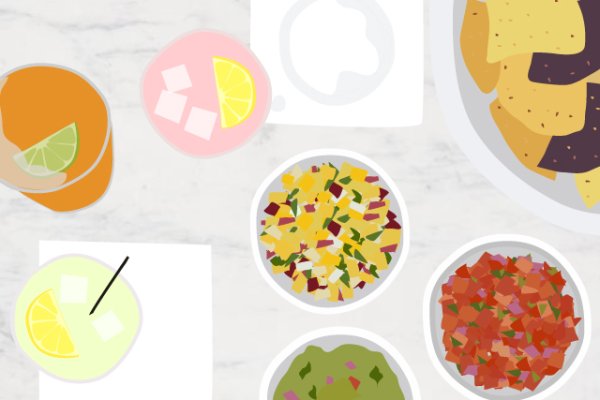 How Dieting Changes Friendships
Next Up: Editor's Pick