Google Glass Is Getting Faster Before It's on Store Shelves

A visitor of the "NEXT Berlin" conference tries out the Google Glass on April 24, 2013 in Berlin.
DPA/AFP/Getty Images
By Victor Luckerson

Google is boosting the specs of Google Glass in the run-up to the product’s proper consumer release.

The company announced Tuesday via a Google+ post that it is releasing an upgrade of Glass that will double the device’s internal RAM to 2 GB. A Google manager told The Verge that the additional memory would let Glass run more apps simultaneously and improve the overall speed of the device’s software.

Some current Glass owners are requesting that Google send them the upgraded version of the hardware, but Google has said it doesn’t plan to swap out devices for early adopters.

On the software side, Google said it is adding a viewfinder display to make it easier to frame photos and videos. The company also announced a bevy of new apps (formally called “Glassware”) from The Guardian, Duolingo, Shazam and others.

Though technically still in beta, Google Glass is available for purchase on Google’s website for $1,500 in the U.S. and £1000 pounds in the UK. The device is expected to be featured heavily at Google’s I/O developer conference Wednesday and Thursday. 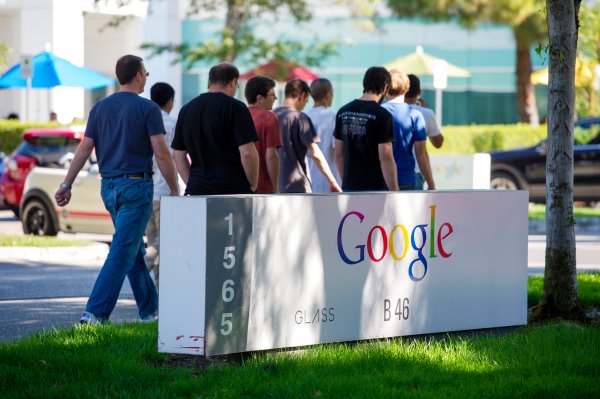 Google: We're Too White, Male
Next Up: Editor's Pick