Eli Wallach: The Good, the Bad and the Gifted

Eli Wallach as Tuco in Sergio Leone's 1966 film, 'The Good, the Bad and the Ugly.'
Silver Screen Collection—Getty Images
By Richard Corliss

“Actually I lead a dual life,” Eli Wallach once said. “In the theater, I’m the little man or the irritated man, the misunderstood man.” But in films, “I do seem to keep getting cast as the bad guys.”

If the former role, he played the enthusiastic Italian lover in Tennessee Williams’ The Rose Tattoo, for example, which earned him a 1951 Tony award. As for the latter, he was a bad guy with brio in the Williams–Elia Kazan collaboration Baby Doll, and Calvera, the bandit chased by the vigilantes of The Magnificent Seven. Above all, he was poor cunning Tuco in Sergio Leone’s The Good, the Bad and the Ugly, destined for a triangular shootout with Clint Eastwood and Lee Van Cleef.

For Wallach, that double life was long — he died Tuesday at 98 in New York City — and full of achievement. A student of acting guru Lee Strasberg, and a founding member of the Actors Studio, he shone on Broadway in plays by Ibsen (The Lady from the Sea), Shaw (Major Barbara) and Shakespeare (Anthony and Cleopatra, King Henry the VIII) and in modern works by Williams (Camino Real) and Eugene Ionesco (Rhinoceros).

(READ: Lights To Be Dimmed on Broadway for Eli Wallach)

Often Wallach costarred with Anne Jackson, whom he met in 1946 when they played in yet another Williams drama, the one-act This Property Is Condemned. Married for 66 years, they forged the ideal acting complement — her sugar to his spice. They perked up the 1968 Hollywood sex comedy How to Save a Marriage and Ruin Your Life, with Wallach as a married philanderer, Jackson as his mistress and Dean Martin as the friend who moves in on Jackson. They were a frequent, welcome sight on TV drama (Michael Landon’s Sam’s Son) and, as their earthily glamorous selves, showing up on What’s My Line and Laugh-In. But their enduring love was the stage, where Wallach and Jackson reigned in Murray Schisgal’s The Typists and the Tiger and Luv, and as the parents in a 1978 revival of The Diary of Anne Frank, with their daughters Roberta and Katherine in the roles of Anne and Margot.

Unlike his Method brethren, Wallach didn’t go for tragic grandeur; he was not one to mumble or mope. The men he played could be evil — sometimes pure evil, like his psycho-killer Dancer in Don Siegel’s 1958 crime drama The Lineup — but they usually enjoyed their venality, revealing a smile behind the scowl. TIME critic Richard Schickel, writing in The New York Times, said that Wallach’s “essential screen character is a curiously lovable combination of slyness and bluster. There’s something uncalculated, even sometimes something pre-moral and childlike in these whirlwind performances.” For all his Method training, Wallach had the born showman’s gift of communicating to audiences the pleasure he got from acting.

For much of his movie career, this New York-born son of Jewish immigrants was typed as Italian, Spanish or Mexican. In the 1956 Baby Doll, Wallach’s first movie role, his Silva Vacarro radiates a practiced sexuality, luring teen bride Carroll Baker from her oafish husband Karl Malden. Five years later Wallach, as the cowboy Guido, competes with Clark Gable for the affections of Marilyn Monroe in John Huston’s The Misfits, written by Monroe’s estranged husband Arthur Miller; both of Wallach’s costars would be dead within a year.

He was Poncho, a member of Edward G. Robinson’s gang, in the casino-heist film Seven Thieves, and the Latin American dictator Valdez in Kisses for My President, an airy 1964 comedy that dared to imagine a woman (Polly Bergen) as Commander-in-Chief. Bringing silky menace to men of dark power, Wallach played Mafia dons in the 1974 Crazy Joe (with Peter Boyle as Joey Gallo) and The Godfather Part III. And once in a while, he even played Jews; his last feature-film role was as Julie Steinhardt, patriarch of finance, in Oliver Stone’s 2010 Wall Street: Money Never Sleeps.

As a student at the University of Texas at Austin, before serving in the Army Medical Corps during World War II, Wallach had learned to ride horses. That expertise paid off in a Hollywood that still loved the Western. The Magnificent Seven, a 1960 remake of Akira Kurosawa’s The Seven Samurai, cast him as the bad guy that the septet of good guys (Steve McQueen, Yul Brynner, Charles Bronson, James Coburn, Robert Vaughn, Brad Dexter and Horst Buchholtz) spend most of the film pursuing. Calvera is such a miscreant that he regrets leaving the villagers whose food he keeps stealing enough money to hire their heroic posse. “Sooner or later,” he mutters, “you must answer for every good deed.”

(READ: Corliss on the long life of the Hollywood Western)

Wallach was the scourge of California as the outlaw Charlie Gant, facing a showdown with lawmen Malden and Lee J. Cobb in the 1963 epic How the West Was Won, based on a Life magazine series. And when Leone launched the “spaghetti Western” craze with A Fistful of Dollars, Wallach was the first American movie star to lend his luster to the genre. (Eastwood, the hero of the Dollars trilogy, had been languishing in the TV series Rawhide; and Van Cleef was until then a flinty supporting villain.) In The Good, the Bad and the Ugly, three tough men search together or separately for $200,000 in gold coins: Eastwood the good Blondie, Van Cleef the bad Angel Eyes and Wallach the ugly Tuco — an illiterate outlaw who smells “like a pig.”

(FIND: The Good, the Bad and the Ugly on the all-TIME 100 Movies list)

Among the three, Tuco is both the only human character and the movie’s bitter comic relief. “I like big fat men like you,” he tells one imminent victim. “When they fall they make more noise.” While taking a bubble bath in his hotel room, he is surprised by a one-armed man with a gun. Tuco pulls a revolver from under the suds and kills the man, saying, “When you have to shoot, shoot. Don’t talk.” Yet Tuco can be quite chatty, forever aphorizing about “two kinds of people in this world” to Blondie’s simmering annoyance. This brigand may not be as wily as he thinks he is, but Leone loved him enough to let him survive the famous shootout and still be hanging around, so to speak, at the end.

A huge worldwide hit, The Good, the Bad and the Ugly is widely considered Leone’s masterpiece; Quentin Tarantino put it at the top of his all-time list of spaghetti Westerns. The movie also assured Wallach of more Western roles, both in Hollywood (Mackenna’s Gold, Romance of a Horsethief) and abroad (Duccio Tessari’s ¡Viva la muerte…tua!, Giuseppe Colizzi’s Ace High).

The actor dismissed his work in spaghetti Westerns as “a means to an end,” telling the Times in 1973, “I go and get on a horse in Spain for 10 weeks, and I have enough cushion to come back and do a play.” Perhaps he suspected that those movies robbed him of gravitas. In the first generation of movie actors schooled by Strasberg (including McQueen, Malden, Cobb, Marlon Brando, Montgomery Clift, Rod Steiger), Wallach was one of the few who never received even a nomination for an Academy Award — though in 2010, at 94, he was given an honorary Oscar for “effortlessly inhabiting a wide range of characters, while putting his inimitable stamp on every role.”

Toward the end of his two-thirds of a century on stage and in the movies, Wallach must have realized that those Italian Westerns had earned him lasting renown. He titled his 2005 autobiography The Good, the Bad and Me — an apt summary for an actor who was so good at playing bad. 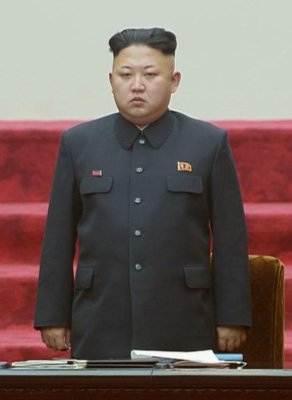