One lucky Norwegian soccer fan has won $912, or 5,600 kroner, after correctly betting that Uruguay’s star player, Luis Suarez, would bite another player at the World Cup.

A spokesman for Swedish gambling company Betsson said the punter originally bet 32 kroner ($5.21), the Associated Press reports. His winnings are 175 times more than that. Norwegian media has identified the gambler as Thomas Syversen. He was asleep when Suarez sank his teeth into Italian player, Giorgio Chiellini.

Suarez’s toothy attack is the third of his career. He tried to bite Chiellini last year at the Confederation Cup, a precursor to the World Cup. 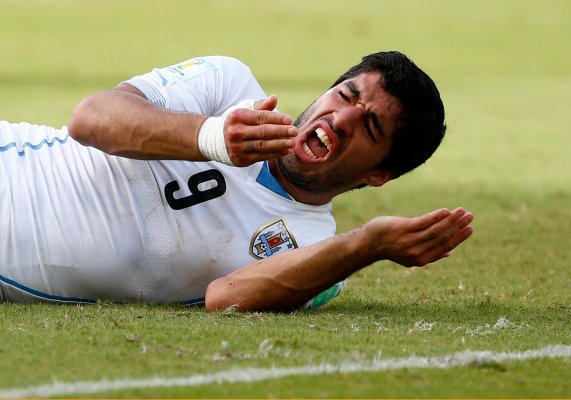 Suarez Could Face Two-Year Ban for World Cup Bite
Next Up: Editor's Pick