This undated image provided by Amazon.com shows the so-called Prime Air unmanned aircraft project that Amazon is working on in its research and development labs.
Amazon/AP
By Sam Frizell

The Federal Aviation Administration is upholding a ban on using drones for commercial purposes, including delivering packages, according to a memo released this week.

The FAA has long said that commercial drone use is illegal, but a federal judge ruled in March that the FAA must accept public comment before adopting the rules, according to Ars Technica. The recent memo is a call for public input on its rules.

Drones that are used to deliver packages for a fee are barred under current statutes, the FAA emphasized in its Monday memo, even if the seller offers free shipping.

Drones also can’t be used for photographing a property for real estate listings, or determining whether crops need to be watered as part of a commercial farming operation, for instance.

The recent memo also means that Amazon’s hyped drone deliveries won’t be happening anytime soon, though there could be new rules in place in the coming years after the public comment period ends. 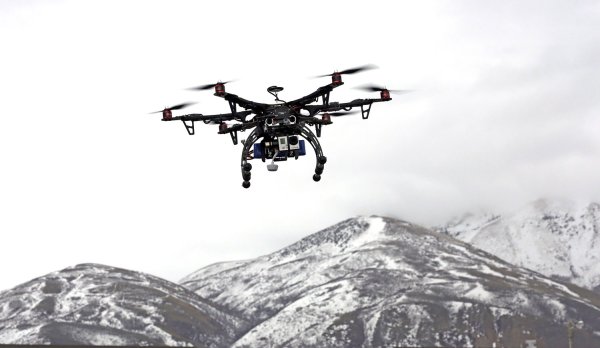