Sorry, Jihadis, but You Won't Be Able to Buy ISIS T-Shirts on Facebook

A fighter of the Islamic State of Iraq and Greater Syria (ISIS) holds an ISIS flag and a weapon on a street in the city of Mosul, Iraq, on June 23, 2014
Reuters
By Stephanie Burnett

Facebook has blocked the attempted sale of ISIS hoodies, T-shirts and toy figurines on the social network.

The shirts include the Sunni militant group’s logo and slogans like “We Are All ISIS” and “Fight for Freedom, Until the Last Drop of Blood,” and cost around $10.

The group is currently embroiled in all-out insurgency in Iraq, where it has seized several key areas.

Facebook was swift to respond. “Where hateful content is posted and reported, Facebook removes it and disables accounts of those responsible,” a spokesperson told CNN via email.

ISIS merchandize is also available on Twitter, but CNN reports that the microblogging site declined to comment.

Many of the manufacturers selling ISIS paraphernalia come from Indonesia, where there is some support for the extremist group, but it’s not clear whether revenue from the merchandise is going to sympathizers, opportunistic entrepreneurs or ISIS itself.

Terrorism researcher J.M. Berger says he wouldn’t be surprised if profits go to the latter. “ISIS has a big base of support in Southeast Asia — a long history with Islamism and jihadism. A number of foreign fighters come from the region,” Berger stated to CNN.

The Institute for Policy Analysis of Conflict published a report in January stating that conflict in the Middle East is attracting fighters from Indonesia.

“Indonesian extremists are more engaged by the conflict in Syria than by any other foreign war in recent memory, including Afghanistan and Iraq,” the report said. 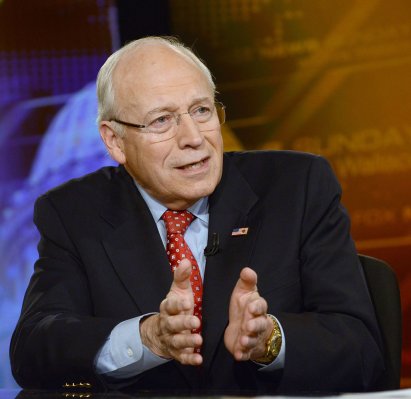 Dick Cheney Fires Back at Rand Paul Over Iraq Criticism
Next Up: Editor's Pick