Engineers at NASA’s Jet Propulsion Laboratory have finally built a robot that will be able to chart the icy waters found in outer space — like on Jupiter’s moon Europa — going where no other space robot has gone before.

The Buoyant Rover for Under-Ice Exploration (BRUIE) is operated through satellite link and designed to cling onto the underside of ice with metal tires, transmitting measurements back to scientists and assessing whether the waters host other life-forms. Scientists have already built rovers that can withstand the dry terrain of the Earth’s moon and Mars, but this is the first such machine built to explore extraterrestrial aquatic bodies.

BRUIE is currently being tested in frozen Alaska lakes, but engineers hope that the robot will one day be flown to Europa. NASA maintains that although the rover is prototyping exploration on other celestial bodies, the test runs in Alaska are also allowing scientists to gain a better understanding of Earth’s frozen waters — at present, 95% of Earth’s oceans remain unchartered. 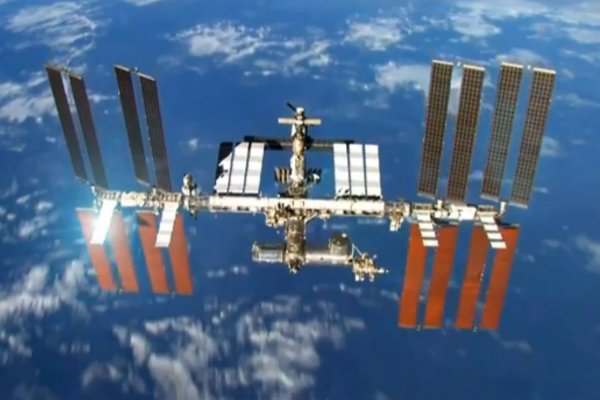 NASA Is Using a Giant Laser to Transmit Videos From Space
Next Up: Editor's Pick