Kentucky Fried Chicken suggested Tuesday that a family claiming their little girl was asked to leave a restaurant because the scars on her face from a pit bull attack were disturbing other customers actually made the story up.

The bizarre story concerns three-year-old Victoria Wilcher, who was reportedly mauled by pitbulls belonging to her family, leaving heavy scarring on her face. Her family said last month that she was asked to leave a Jackson, Miss., KFC restaurant because her appearance disturbed other customers. That claim, initially floated on a “Victoria’s Victories” Facebook page that appeared to have been taken offline Tuesday, ignited outrage on social media, prompting an apology from KFC on June 15 and a promise to spend $30,000 on Wilcher’s medical bills.

But KFC said Tuesday that it no longer believes the incident actually took place.

“Like the rest of America, the KFC family has been moved by the story of Victoria’s injuries and recovery,” KFC spokesman Rick Maynard said. “After the alleged incident was reported to us, two investigations took place, including one by an independent investigator. Neither revealed any evidence that the incident occurred and we consider the investigation closed. We are honoring our commitment to make a $30,000 donation to assist with Victoria’s medical bills. We hope everyone keeps Victoria in their thoughts and prayers. She will certainly be in ours.”

A lawyer for Victoria’s grandmother, who made the initial claim, said Tuesday that the family stands by its story. “Victoria’s family did not anticipate that the response to ‘Victoria’s Victories’ would be so widespread and generous,” lawyer Bill Kellum said in a statement. “A family member simply posted a comment on Victoria’s page regarding her experience at KFC that subsequently went viral. Victoria’s family certainly did not expect the publicity resulting from the post. However, Victoria and her family are very appreciative of the outpouring of sympathy, prayers, donations and love from individuals and entities all over the world.”

“I promise it’s not a hoax, I never thought any of this would blow up the way it has,” multiple news reports cited Victoria’s aunt as writing on the GoFundMe page where her family was raising money. Those comments preceded KFC’s statement and the page was also offline late Tuesday.

When reports that Victoria was asked to leave the restaurant ignited a firestorm of criticism on social media, KFC moved quickly to tamp the outrage.

“As soon as we were notified of this report on Friday, we immediately began an investigation, as this kind of hurtful and disrespectful action would not be tolerated by KFC,” the company said at the time. “Regardless of the outcome of our investigation, we have apologized to Victoria’s family and are committed to assisting them. The company is making a $30,000 donation to assist with her medical bills. The entire KFC family is behind Victoria.”

The Mississippi-based Laurel Leader-Call newspaper, citing unnamed sources familiar with the investigation, first reported the possibility of a hoax on Tuesday. The family has raised more than $135,000 in the wake of the initial claim, according to numerous reports.

“Please do not believe untrue media,” Victoria’s aunt Rials Bates wrote on the GoFundMe page that was no longer online Tuesday, ABC reports. “I have personally watched this family go without to provide for Victoria. They have not and would not do anything to hurt Victoria in any way.” 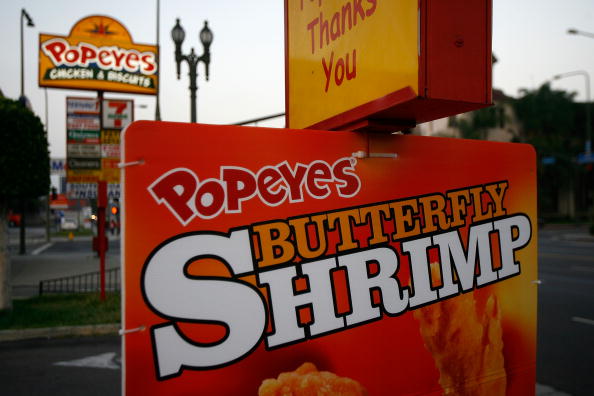 Popeyes Spent a Crazy Amount to Buy Back Its Own Recipe
Next Up: Editor's Pick