Report: California Colleges Must Do More to Combat Sexual Violence

Pedestrians walk by Sather Gate on the UC Berkeley campus on May 22, 2014 in Berkeley, California.
Justin Sullivan—Getty Images
By Kate Pickert

Some key employees at California’s public colleges and universities are not adequately trained to handle reports of sexual violence and harassment, according to a report by the state’s auditor published Tuesday. The report also said about one-fifth of students at the four campuses surveyed were unaware of college resources available to victims of sexual assault and harassment.

The report, which recommends the California legislature amend state law to increase training and awareness campaigns on campuses, comes as the issue of sexual violence at colleges and universities has reached a new level of public consciousness. Janet Napolitano, the president of the University of California, announced on June 20 she was creating a new task force to guide efforts to combat sexual violence and harassment on the system’s campuses. The Obama Administration created a White House task force on the issue back in January.

The California report was generated in part as a response to accusations that officials at the University of California, Berkeley underreported sex crimes and were slow to investigate allegations of sexual assault. These accusations were leveled in complaints filed with the U.S. Department of Education’s Office for Civil Rights, helping land Berkeley on a list of more than 50 higher education institutions now under federal investigation.

The most recent complaint, filed in February, came from 31 current and former students who said the university did not investigate sexual assault allegations in a timely manner and did not keep alleged victims informed of the progress of investigations. (The University has since issued a new policy on sexual misconduct.) In April 2013, a student government group at Berkeley issued a “no confidence” vote on the university’s disciplinary policies and procedures related to sexual assault.

The 113-page report says none of the four high education institutions studied—the University of California at Los Angeles; the University of California, Berkeley; California State University, Chico; and San Diego State University—distributed a sexual harassment policy to all employees on an annual basis, a violation of state law. The auditor also found uneven compliance with an earlier state legislature recommendation that colleges provide targeted education about sexual assault and rape to certain student groups. Fraternities and sororities at Berkeley and student athletes at San Diego State University, for example, provided no such education programs in any of the last five academic years, according to the report.

Three of the campuses studied also provided inadequate education to incoming students about how to file administrative complaints and criminal charges. And while the auditor noted that many university and college employees charged with handling complaints about sexual assault and rape were adequately informed about proper procedures, some “front line” employees likely to first hear about such incidents, such as resident advisers, were not. Making sure these ground-level personnel know how to report incidents and direct victims to the proper authorities and offices is crucial, says Abigail Boyer, assistant executive director of programs for the Clery Center for Security on Campus, a non-profit advocacy group.

“A lot of times the first person someone will go to or disclose to may not be someone in campus police or security, but may be someone they already trust,” says Boyer. “No matter where a report or disclosure comes in, you want that person to be prepared to respond and know what resources are available in the community.”

Meanwhile, a bill now in the California state legislature is intended to help clarify when illegal sexual contact takes place. It would require universities and colleges in the state to adopt policies requiring that those engaged in sexual activity do so only with the “affirmative consent” of all parties involved. This new standard is meant to ensure sexual contact, including that which takes place under the influence of drugs and alcohol, includes clear and often verbal communication about what’s happening as it happens. According to the legislation, which has already been passed by the state Senate: 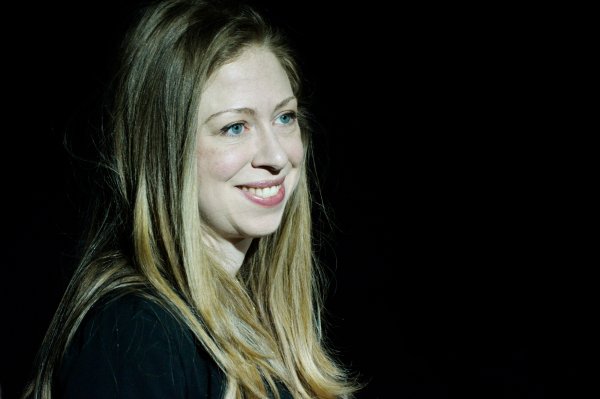 Chelsea Clinton: Schools Need to Support Girls in STEM
Next Up: Editor's Pick