Apple TV Just Got an Upgrade That Makes It Way Better

Apple TV scored a big get today with the arrival of ABC News on the set-top box. The new app will function as a kind of online network, delivering ABC News content to Apple TV users 24 hours a day. The video coverage will be a mixture of live news updates, original programming and edited clips from TV properties such as Good Morning America. In nine major markets such as New York and Chicago, news reports from the local ABC affiliate will also be available. In total the new channel will have about eight hours of live programming each day, according to Mashable. Unlike many online apps from TV networks, this one won’t require users to prove that they have a cable subscription in order to use it.

Apple TV has sold more than 20 million units since it first launched in 2007, beating out competitors such as Roku and Amazon’s new Fire TV set-top box. Rumors persist that Apple will eventually launch a streaming or pay-TV service that competes more directly with cable. 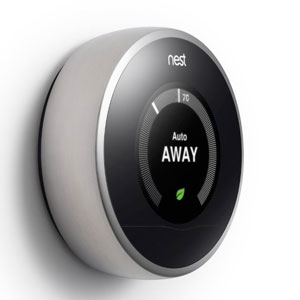 Google's Nest Is Coming After the Rest of Your Home
Next Up: Editor's Pick