7 Songs We Want to Hear in the Upcoming Clinton Musical

The Clintons are coming back to New York–in song. Clinton: The Musical will play at the Pershing Square Signature Center in New York City from July 18-25 following its year-long run in London.

Here are 7 songs we think should be in Clinton: The Musical’s New York debut:

It couldn’t have been easy stomaching Bill’s repeated chorus of, “I did not have sexual relations with that woman.” In this song, the musical’s Hillary would lament all of the signs she missed that Bill was playing her for the fool.

Bill had a lot of ‘splainin to do back in 1998. In the musical version, after Ken Starr’s report reveals some rather explicit details about the President’s relationship with Monica Lewinsky, Bill would beg Hillary, “Stand by me.”

We Can Do It

In this musical number taken from The Producers, Hillary tells Bill she has decided to become the second Clinton to run for the White House. The Clintons’ chorus of “We Can Do It” is rudely interrupted by an Obama conga line of “Yes, We Can!”

Hillary might have lost out on the nomination in 2008, but she kept her poker face and went on to become Secretary of State. Nobody puts Hillary in a corner.

Started from the (Foggy) Bottom

Hillary channels her inner Drake as she takes on the job of Secretary of State and confronts new foreign policy problems.

As Hillary sings this ballad reminiscent of Annie, a stenographer in the backdrop furiously records the words for her biography Hard Choices.

The Sound of Music-inspired anthem will chronicle Hillary’s adventures and misadventures on the campaign trail as she tries to make it to the White House (again). 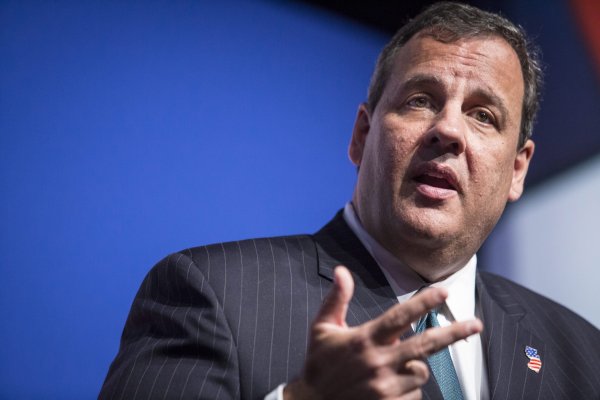 Here Are the Facts on Bridgegate II: The Scandquel
Next Up: Editor's Pick