In his farewell address to the nation, President Eisenhower warned against the economic and political influence of the rising military industrial complex: the relationship between government entities and private government contractors.

Yet almost 60 years later, with the government contracting industry so large that many call it a fourth branch of government, Eisenhower’s warning appears unheeded.

Proponents of the industry say that contractors keep the nation safe, doing work the government does not have the capability to do. Its critics, on the other hand, assert that contractors have an incentive to perpetuate war—the more weaponry contractors produce, the more profits they make.

To find out which companies are at the head of this debate (the ones that are making billions every year), research engine FindTheBest compiled data from USASpending.gov, ranking the top ten contractors by U.S. government dollars obligated (the dollar amount paid to the contractor) from 2000-2013.

So what do these companies do to make so much money?

Lockheed Martin provides an especially telling example, a contractor who won a $574.5 million contract to build a weapons system for the U.S. Navy last year. Also in 2013, General Dynamics was awarded $122 million to buy materials for three Virginia-class “fast attack” submarines, and Raytheon received $350 million to increase its acquisition of SM-3 missiles designed to destroy foreign missile threats by colliding with them in space.

Although these companies are making billions now, contractor revenue may not be as steady as it seems.

If American defense and security needs diminish, so will their profits. To find out just how much the contractors would lose, FindTheBest compared government dollars obligated in 2013, to the companies’ overall 2013 revenue.

The company that relies the most heavily on contracting work is Lockheed Martin, with 67% of its revenue coming from the government in 2013. It’s followed by Raytheon and Saic Inc., with each owing 49% and 46% of their revenue to contracts, respectively.

If the government stopped needing top contractors for security purposes, their revenue wouldn’t be the only thing to take a hit—their employees would too. Together, the companies below employ about 950,000 people. 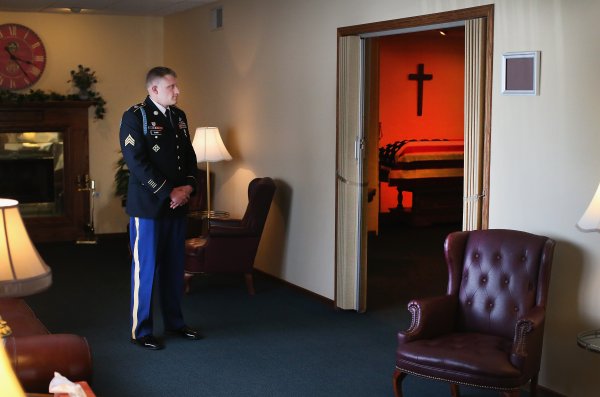 The Final Trip Home: A Young Soldier's Funeral in Photos
Next Up: Editor's Pick