Google's Nest Is Coming After the Rest of Your Home

Nest Labs, maker of the “learning” thermostat, is opening its platform to outside developers in a bid to expand the range of Internet-connected home devices it can interact with. Through Nest, which search giant Google acquired for $3.2 billion in January, users will be able to communicate with Mercedes-Benz vehicles, Whirlpool appliances, Jawbone fitness trackers and other gadgets.

Google is among the partners announced as part of the program. Google Now, the company’s personal digital assistant, will be able to set the temperature on a Nest thermostat automatically when it detects that a user is coming home, for example, or through voice commands. Nest said it will share limited user information with Google and other partners. Nest co-founder Matt Rogers told the Wall Street Journal that users have to opt in for each new device.

The move allows partners to link their software and applications to Nest’s thermostat, which will act as a hub for devices in the home. For example, Jawbone’s UP24 band knows when its users are about to wake up in the morning. Now, a Nest thermostat can automatically raise or lower the temperature just before a user gets out of bed in the morning. Likewise, a connected Mercedes-Benz can tell Nest when a user will be home from work, timing the house’s temperature correctly.

Nest is independently operated from Google. But the device maker is leading Google’s charge into the connected home market. Earlier this month, Nest announced it was acquiring Dropcam, a maker of connected cameras, for $555 million. The company’s founders have also said they are looking for unloved or poorly designed devices to reinvent. 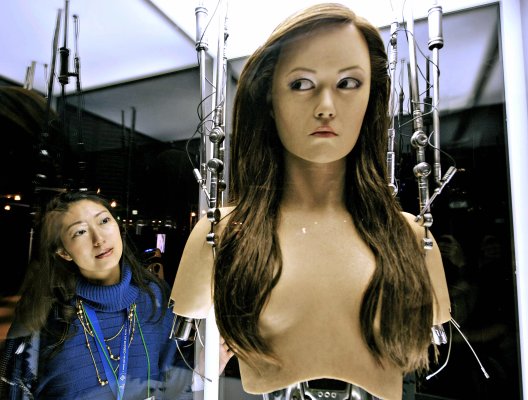 These Human Robots Will Haunt Your Nightmares
Next Up: Editor's Pick