Palestinians Warn Israel That Crackdown on Hamas May Backfire

Israeli soldiers arrest a Palestinian man during a search for three missing Israeli teens, feared abducted in the West Bank last week, in the village of Beit Kahil near the West Bank city of Hebron on June 21, 2014.
Majdi Mohammed—AP
By Karl Vick

Shortly after three Israeli teenagers disappeared in the West Bank late on June 12, the effort to locate them shifted from a search to a broader campaign aimed at punishing Hamas.

Israeli officials say the militant Palestinian faction is responsible for the abductions of Gilad Shaar, Eyal Yifrach and Naftali Fraenkel, but no one pretends the thousands of Israeli soldiers who swarmed the West Bank for the last two weeks as part of “Operation Brothers’ Keeper” were only looking for them. The troops also swept up 371 activists and politicians, shut down 64 social welfare operations maintained by Hamas and, along the way, made every effort to thwart the only weeks-old unity pact bringing together Hamas and the more secular, peace-oriented Fatah faction.

“The mission has developed beyond the primary target of bringing the boys home to striking a substantial blow to Hamas,” Lt. Col. Peter Lerner, a spokesman for the Israeli military, said last week. Israeli troops were targeting “all levels of Hamas, from tactical operatives to its institutions all the way up to its strategic leadership,” Lerner said. “They must pay the price for openly declaring their intent to carry out such attacks.”

But Hamas is not the only casualty of the Israeli campaign. Among the approximately 400 Palestinians detained by Israel were 58 earlier released from prison in exchange for another captive, Gilad Shalit, the Israeli soldier abducted by Hamas in 2009 and freed after five years. Most of the 1,027 freed prisoners were exiled overseas or to the Gaza Strip, but 110 were permitted to live on the West Bank. Taking a majority of them into custody on grounds of violating the conditions of their release serves as a drag on the political fortunes of Prime Minister Benjamin Netanyahu, who critics say created incentive for future kidnappings in the bargain that freed Shalit. One of those released for Shalit turned out to be behind the last major unsolved case in the West Bank, the highway shooting of a senior police official on his way to Passover dinner in April, according to Israel’s domestic security agency.

“We have reversed the equation of ‘you kidnap, and we release terrorists,’ to one of a kidnapping followed by terrorists going back to serve out their sentences,” Economy Minister Naftali Bennett, leader of the pro-settler Jewish Home Party, told the mothers of the missing teens on Wednesday.

Israeli officials say the teens’ abduction gave the country’s military license to scour West Bank with more resources – triple the usual number of troops–than have been deployed there in a dozen years. But the home searches, flying checkpoints and roadblocks are aggravating tensions between Israel and the Palestinians, a situation that historically generates support for Hamas at the expense of the moderate Palestinian Authority, which has been helping in the search. On Sunday night, after Israeli troops entered the city for another round post-midnight raids, residents gathered outside a Ramallah base and hurled stones at its shuttered doors, shouting “collaborators.”

“Strikes, deaths and Israeli brutality will only bring out resistance from the people to end the occupation,” said Fairouz Shram, a secretary from the northern West Bank city of Jenin. “The Palestinian Authority is also loosing credibility and support from the people because of the PA’s lack of authority and ability to protect its people within the West Bank as seen during Israelis latest invasions.”

Though Israel moved to ratchet back its West Bank campaign this week in anticipation of the weekend start of the Muslim holy month of Ramadan, Palestinians say a good deal of damage is already done. The number of Palestinians killed during Operation Brothers’ Keeper –six, according to the Palestinian Authority–is double the number of missing Israelis. The total includes a young refugee camp resident who has been declared brain dead, and a man who suffered a heart attack during a home search and was prevented by soldiers from being taken to the hospital, according to the PA.

“What will I tell the families of the three Palestinian teens who were killed?” Palestinian President Mahmoud Abbas asked Israeli reporters, when the death toll stood at three. “Why were they killed? We’re human beings, just like you. Can the Israeli government demonstrate the same feelings and say they are human beings and deserve to live?”

Common ground—always difficult to find in the intractable Israeli-Palestinian—is growing even scarcer since the abductions. Inside Israel, the search for the teens has unified Jewish society with an almost painful ardency. In the West Bank, however, Palestinians have been pre-occupied by the hardships imposed by the search—which both local and international human rights groups warn may veer into “collective punishment”—and its expansion into a general crackdown on Hamas. Facts that Israelis take as ominous—there’s been no ransom demand or proof of life since the disappearance—are viewed by many Palestinians as absence of evidence a kidnapping even occurred.

“Who knows,” says Muna Zaghiar, 42, of Ramallah, “maybe there was never any kidnapping and this is all part of Israelis tactics to put away Hamas and dissolve it’s support.”

In the search for the missing teens, the alternative explanations are encouraged by Israel’s effort to leverage the incident to alter the makeup of Palestinian leadership. After Abbas publicly condemned the kidnappings at a high-profile meeting in Saudi Arabia last week, Netanyahu pushed him to disavow the unity government with Hamas as well. “If he is truly committed to peace and to fighting terrorism, then logic and common sense mandate that he break his pact with Hamas,” Netanyahu said.

As time passes, security officials warn that the chances of finding the missing teens alive steadily diminishes. But analysts say the net effect of their disappearance—and all that has followed—has been a boost in sympathies toward Hamas, the very organization Israel is trying to diminish. “What we can see is that the Palestinians in general are very sympathetic to the Palestinians who are either in prison or taken to jail or arrested, and that in itself is an indicator that it boosts Hamas’ popularity,” Jamil Rabah, a Ramallah pollster, tells TIME. “And it seems it did.” 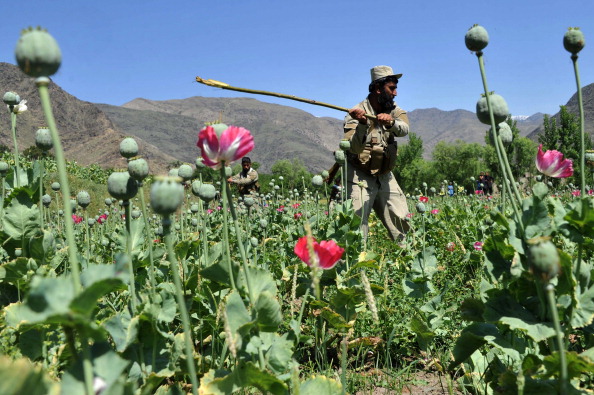 U.N.: Opium at All-Time Peak
Next Up: Editor's Pick