Know What's In Your Face Wash: Why Illinois Banned Microbeads

Exfoliating microbeads, which are tiny bits of plastic, in your face wash are causing some serious damage to your skin and environment, and states are starting to crack down.

This month, Illinois banned the sale of cosmetics containing plastic microbeads, becoming the first state to legally take a strong stance against what researchers are calling a serious environmental problem. The plastic waste caused by the microbeads, which are not filtered out during sewage treatment, are damaging water ecosystems. A report recent published by the U.N. Environment Programme says plastic waste causes $13 billion in damage every year to marine life.

Since the beads are so small, fish and other marine life easily swallow them, causing DNA damage and even death. A 2008 study from UK researchers showed that the plastics remained inside mussels for 48 days. Last year, researchers at the University of Wisconsin-Superior reported at the National Meeting & Exposition of the American Chemical Society that there were 1,500 to 1.7 million plastic particles per square mile in the Great Lakes.

The Illinois ban is encouraging for other states pushing similar laws, and the fact that Illinois’ new ban had industry players on board means cooperation is possible in other regions, too. “This was a cooperative effort with the industry in order to address our and their concerns,” says Jennifer Walling, executive director of the Illinois Environmental Council. “In the end, we were trying to get something that would pass. Other states should try for more stringent standards.”

Walling says she’s happy with the results, though she wishes the timeline was shorter. Manufacturers have a phase out period between 2017-2019.

Other states like New York, California and Ohio are trying to pass similar bans. California wants to allow biodegradable beads, and New York lawmakers, which worked with plastic-fighting group 5 Gyres, have so far received positive response to their legislation. Earlier this summer, New Jersey democrat U.S. Rep. Frank Pallone Jr. introduced a bill that would make a nationwide ban possible in 2018.

Microbeads can also be vicious on your skin. While the little beads help deeply cleanse the pores, they can also cause tears if used too roughly. But if you love the feeling of rubbing dead skin off your face (that’s what they’re for)—there are some natural versions of face wash that use ingredients like oatmeal instead.

As TIME reported in May, companies appear to be open to finding substitutes. And in 2012, consumer goods company Unilever committed to making all of its products plastic-free by 2015. Big cosmetic companies like L’Oréal have also pulled away from microbeads.

Walling says she has been contacted by several groups in other states trying to outlaw microbeads, and she thinks it will only take about two more states to pass similar bans for the industry effect to be felt nationwide. “There’s definitely a lot of interest from many states,” says Walling. “Industry wants to address this issue. They have interest in getting involved.” 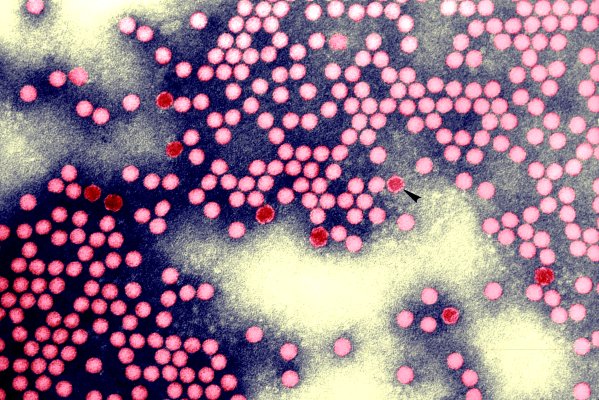 Polio Virus Discovered in Brazilian Sewage
Next Up: Editor's Pick