5 Secrets That Will Help You Master Conversation Skills

What are the fundamentals of conversation skills?

I’ve posted about the fundamentals of networking, and even how introverts can network but many people have written to me asking about the nitty gritty of conversation skills.

What do you say when you’re face to face?

It’s a good question that isn’t often addressed. First impressions matter even more than you think. And once they’re set, they are very hard to resist.

Let’s break it down:

1) “Be yourself” is often bad advice.

Is “be yourself” the best advice before a job interview? Hell, no. Dress nice, be polite and act enthusiastic no matter what you’re like, right?

What does “be yourself” even mean? You’re not the same person moment to moment. Face it, you can be moody.

“Fake it until you make it” works. Does acting a bit in social settings mean you’re dishonest? No.

When salespeople were told to mimic the body language of listeners it was rarely noticed but sales increased 20%.

Via Honest Signals: How They Shape Our World:

Despite the rather obvious nature of the copycat animation, only eight of the sixty-nine subjects detected the mimicry (and those mostly because they made a strange movement and then saw the agent making the same unusual motion). The remaining students liked the mimicking agent more than the recorded agent, and rated the former as being friendlier as well as more interesting, honest, and persuasive. They also paid better attention to the copycat presenter and found the mimicker to be more persuasive. In the final analysis, just adding mimicry made the sales pitch 20 percent more effective.

3) Get them talking about what interests them.

People who have trouble with conversation always say the same thing: “But what do I talk about?”

Wrong question. The right question is “How do I get them talking about what they’re interested in?“

Don’t be a conversational narcissist. Want to get along with people? Learn how to listen.

What should you say after you listen? Research shows you should respond with things that are “active and constructive.“

A spontaneous conversation about sexual assault on social media led to more encouragement than public shaming.

Studies show no matter what people say they prefer likable people over competent people. So don’t worry so much about being impressive.

How do you make people feel good without being slimy? Offer sincere compliments and ask for advice.

5) How to keep a conversation going.

Avoid extremes in autonomy. Don’t dominate a conversation, but don’t be a non-contributor either.

Add to what they say and bounce the ball back.

The trick, according to Finkel, Eastwick, and Saigal, is to avoid extremes in autonomy. Accept your date’s pass, redirect it slightly, and then return the ball— all with warmth and genuine interest in his or her responses.

This acceptance and redirection is the push and pull that creates smoothness.

What are the four things that kill relationships?

“Nice guys finish last.” Really? What does the research say?

Read next: The Science of Dealing With People You Hate 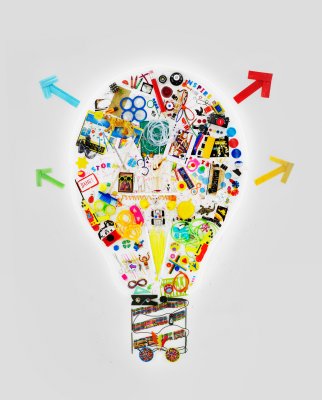 Strokes of genius: Here’s how the most creative people get their ideas
Next Up: Editor's Pick