It Was Officially The Hottest May Ever

This year has been one of weather anomalies. Not only did the the polar vortex provide for some cities’ coldest winters in a decade, but according to the National Oceanic and Atmospheric Administration (NOAA), this May was the world’s hottest on record.

The combined average temperature of global land and ocean surfaces was 58.6°F. While that might not seem too hot, the dry temperature had repercussions in the United States at least. The NOAA reports 37.5% of the United States was in drought. Not only did the conditions deteriorate across Kansas and Oklahoma, but the dry conditions in the Southern Plans and the West helped fuel various wildfires.

Here’s a map of noteworthy May climate anomalies around the world: 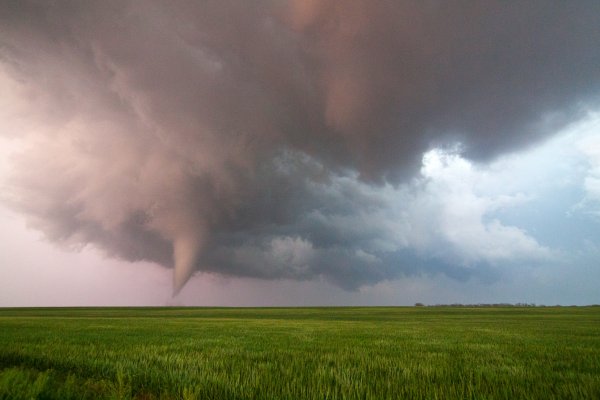 Storms Siege Midwest, Killing One and Injuring Many
Next Up: Editor's Pick