New research suggests that the population of great white sharks off both coasts of the U.S. is growing again after years on the decline.

One report ventures that there are over 2,000 great whites living off California — 10 times the amount estimated by a recent Stanford University study. On the other side of the country, scientists haven’t been able to conclude an exact population size, but estimations suggest that the sharks in the Atlantic are rebounding, after a significant drop in the 1970s and 1980s because of commercial shark fishing.

The upswing is likely the result of wildlife-preservation efforts over the past two decades, although conservationists are hesitant to celebrate the news. For one, the great white belongs to a group of aquatic species that typically struggle to recover from sharp declines in population. What’s more, their generally reclusive behavior often requires scientists to rely on guesswork when keeping tabs on them — and a dearth of historical information doesn’t help

“They’re back on the way up, but to be honest, I don’t think any of us know what ‘up’ is,” George Burgess, a Florida-based researcher, told Live Science. “The fact is, we have no real idea what [the population] was before we started screwing around with the environment on both coasts.” 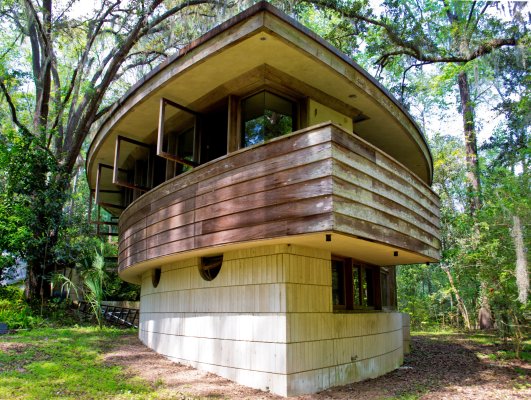 America's 11 Most Endangered Historic Places
Next Up: Editor's Pick