Q & A: Brian Setzer Out to Spark Another Rockabilly Riot

Brian Setzer, the iconic rockabilly guitarist, songwriter and former lead of the roots-rock revivalist trio Stray Cats, has released dozens of albums, racked up awards, including three Grammy wins, and even has an appearance on The Simpsons under his belt. In August, he’ll release his first studio album since 2011’s Grammy Award-nominated album, Setzer Goes Instru-Mental!. The new album, Rockabilly Riot: All Original, out August 12 on Surfdog Records, features 12 original tracks of pure retro-rock — all jangly guitars, toe-tapping rhythms and the unstoppable energy that are the hallmarks of Setzer’s twist on the ’50s genre.

TIME spoke to Setzer about Rockabilly Riot, the legacy of that quintessentially American genre and his favorite guitar solo of all time:

TIME: We are premiering your track “Let’s Shake” today. What can you tell us about it?

Brian Setzer: I had the title first. I thought “Let’s Shake”? That’s kind of cool. There always has to be a little spark to get the process going. I thought, what is “Let’s Shake” all about? Well, it’s a crazy world we’re living in and I never once thought about packing it up and giving in. Let’s just rock it all day and night and forget our troubles.

It is ROCK-A-BILLY. It sounds a little bit like a Sun Session song, but with my guitar being up in the mix, I think it’s a little more updated.

Do you think rockabilly as a genre is under-appreciated in the current pop culture climate?

Yeah, I do. I like it better than the blues, to be honest with you. I love roots music, but rockabilly has it all there. It’s got style, it’s got a rebellious stance. You really have to be a confident player to play it, but I think it’s always under the radar a little bit. I can tell you that when people get to hear it, they love it. When I play with my little trio during our Christmas tour, by the time I get to “Fishnet Stockings” the place is on its feet. It’s just that people don’t really know what it is or get a chance to hear it. It just doesn’t have the cache. When you say country music, everybody knows what that is. When you say blues, people know. Rockabilly? “Oh, I don’t really know what that is.” It came and went too quickly.

It was kind of too bad for the ’50s. It was the blacksheep brother of country and blues. It was kind of badass music! I don’t know if the radio really embraced it and I think they cleaned it up awful quick, adding doowop vocals. And the vocals, let’s face it, they’re about drinking whiskey and chasing women and hot rods and outlaws. That’s nothing now, but back in 1955, that was pretty risqué material.

Your work with the Stray Cats was so clearly influenced by rockabilly and was so influential on rock music, but rockabilly itself seems to have gotten a bit stranded along the way.

We were the only people to really bring it back to the level, to the hit status. I think a big reason is that, I write songs and then I make them rockabilly. On the new record I do things like chord changes and different influences that would never have happened in the ‘50s. We did that with the Stray Cats. We wrote songs and gave them a facelift.

Your new album actually reminds me of the first Stray Cats album.

I thought the same thing! You know, I’ve done a lot of ’em, but when I heard this one, I thought, man, this really sounds like early Stray Cats. I have a solo album called Ignition, too, and it reminds me of a mixture of those two records, which is fine, because that’s who I am.

You’re album features a lot of incredible guitar solos, which you’re known for. Which guitar solos influenced your style?

We could talk all day about that, but the best guitar solo, the one that changed everything for me, was in “Be-Bop-A-Lula.” I was in a punk rock club in New York. I was underage, 17 or so, so it must have been ’79 or ’78. The music was all punk rock and New Wave was just starting, but I heard “Be-Bop-A-Lula” come on and it was like a hand came across the room and grabbed me and said, “Listen to this!” That guitar solo was half twangy, half rock ‘n’ roll. It made no kind of sense, but all kind of sense. It had it all. It had beautiful finger-picking, it had single string; it was musical, but it was rock ‘n’ roll. That guitar solo has them all beat.

What was the first song you wrote for the album?

The first song I wrote for this record was called “Vinyl Records” and the reason I wrote it was because my daughter has peas in her ears from her iPod and I pulled them out and said, “Look, these sound terrible.” She said, “You just don’t like my music,” so I proved it to her. I put on an old Zeppelin record and I have an old tube stereo and I cranked it and she said, “Oh my god!” I got tickled, because old dad was cool for 10 minutes. Her mom got her a stereo for Christmas and now she hunts down old records with her friends in Nashville, and I had the last laugh. So that’s what inspired that song.

What are some of the first vinyl records you bought?

One of the first was the first Beatles album. I remember it was on an English label — I got in really early. My brother and I wore it out and eventually shot BBs through it. Another early memory was Eddie Cochran’s Legendary Masters series. I think that came out in ’72. That was a game changer. That changed my world around. He was on the cover in a black and white picture with like a western style suit on and I thought, “I want to be that guy.” Another that I wore out was Johnny Cash’s Live at San Quentin. It was my dad’s record and I kind of didn’t want to admit that I liked it, but, man, it was good.

Do you ever think about people having that experience with your albums?

People do tell me that. Drake Bell, whose album I just executive produced, told me, “Brian, I love rockabilly, and you’re my Eddie Cochran.” That kind of freaked me out. People tell me they started playing guitar because of the Stray Cats. That always floors me that people start down that road because of me. It’s a mind blower.

Have you met anyone with a Brian Setzer tattoo?

Oh lots of people. Tons of people have Stray Cats tattoos. It’s kind of a thing in the tattoo world to get that Stray Cats head. I have met a few people that have me tattooed on them and I can hardly look at it. It makes me feel so funny! I mean, I’m just Brian from Massapequa! 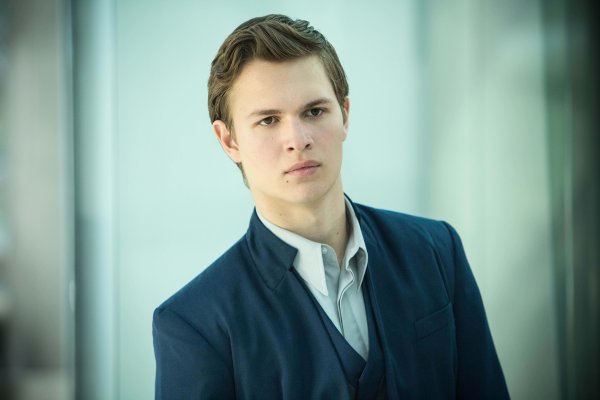