5 Things We Must Teach Young Boys About Rape, Right Now

George Will, at his office in Washington's Georgetown district, April 22, 2008.
J. Scott Applewhite—AP
By Chris Ferguson

George Will has added to the litany of facepalm-worthy statements by men about rape, implying that, due to university policies, victim status is “privileged” and “coveted.” In his June 6 column—which has gotten him fired from the St. Louis Post-Dispatch—he recounts a story from Swarthmore College in which a woman experienced date rape. The woman had been “hooking up” with a guy but then decided to just be platonic friends, a decision she thought was mutual. One night he fell asleep in her bed and she put on her pajamas and climbed in as well, thinking nothing of it. However, he began to pull off her clothes. She said no, but he persisted and she relented and let him do his thing. Six weeks later she filed rape charges.

Will seems to offer this case as an ambiguous scenario in which the woman is partly to blame for a) hooking up with the guy in the past and b) saying no only once. If we actually think this scenario is ambiguous—as apparently many young men do—then we need better sex education for boys.

According to one study in the journal Sex Education, coverage of rape and dating violence in many school districts remains spotty. The Centers for Disease Control and Prevention has an initiative to promote rape-prevention programs, including in educational settings. A plethora of dating and sexual-violence programs exist, although the Office for Justice Programs notes that research on their effectiveness remains lacking. Outcome assessments tend to focus on knowledge gained rather than behavioral change.

We need to end the ambiguity of “ambiguous” scenarios. Every young man should know exactly what rape is. And there are some critical issues that need to be reinforced in sex-education programs to help get there:

1. Start early. Teaching general respect for women and girls should start in elementary school, with discussions about dating violence and rape taking place by middle school at the latest. This needs to happen in formative adolescence, before boys start dating.

3. Programs need to keep focus. Some wander off into moralization about rap music and pop culture. Let’s stay focused on real-world relationships and real problems.

4. Being bystanders to harassment or violence toward girls and women is not acceptable. Intervening when a girl is being harassed or expressing displeasure at sexist jokes or language, even when only in the company of other males, can help change the culture one person at a time.

5. Teach young men how to handle rejection respectfully. What should a young man do when a female says no? How should he handle the end of a romantic relationship constructively? How does he manage a series of rejections? The emphasis here should be on constructive responses that remain respectful of women, even ones who reject them.

That males might not clearly see certain behavior as rape when in fact it is is obviously worth emphasizing. Yet people tend to respond better overall to positive persuasion rather than alarmism. Rather than teaching boys that they are all teetering on the edge of violence, emphasizing the benefits of romantic and sexual relationships founded on open communication, honesty and mutual respect may provide more positive outcomes.

Ferguson is associate professor and department chair of psychology at Stetson University. He has published numerous scientific articles on the topic of video games and mental health and recently served as guest editor for an American Psychological Association’s special journal issue on the topic. Ferguson is also the editor of Violent Crime: Clinical and Social Implications and the author of The Suicide Kings. 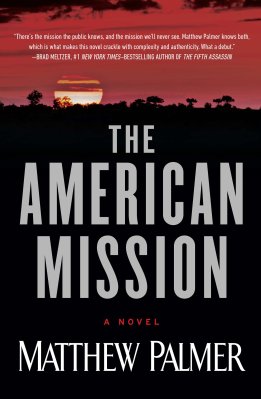 The Dishonest Diplomat: Why Ambassadors Sometimes Tell Lies
Next Up: Editor's Pick