Ebola Outbreak Beyond Our Control, Doctors Without Borders Says

Doctors Without Borders staff carrying the body of a person killed by viral hemorrhagic fever at a center for victims of the Ebola virus in Gueckedou on April 1, 2014.
Seyllou—AFP/Getty Images
By Alexandra Sifferlin

Doctors Without Borders/Médecins Sans Frontières (MSF), the medical organization treating Ebola patients in West Africa, says it has reached the limit of what the group can do to fight the worsening outbreak there.

In a statement released Monday, the organization said it is the only group treating people infected with the disease in Guinea, Sierra Leone and Liberia. “We have reached our limits. Despite the human resources and equipment deployed by MSF in the three affected countries, we are no longer able to send teams to the new outbreak sites,” said Dr. Bart Janssens, MSF director of operations, in a statement.

Since the outbreak started in March in Guinea, MSF says it has treated 470 patients (215 of them confirmed cases) related to Ebola. The group has 300 international and national staff working in West Africa and has sent more than 40 tons of equipment and supplies. But with new cases emerging in new places like Sierra Leone and Liberia, the organization says it cannot keep up. Earlier, the group said the outbreak is “out of control.”

Since the disease emerged earlier this year, there have been over 520 cases and 330 deaths. Ebola is a very infectious hemorrhagic fever that has up to a 90% fatality rate. In April, Guinea’s Health Ministry said deaths from Ebola slowed and that the outbreak was close to being brought under control. But the World Health Organization reported earlier this month that in Guinea alone, there were 37 new cases and 21 new deaths between May 29 and June 1, 2014.

MSF said more groups need to help quell public anxiety over the disease, and that people are distrusting health facilities and not heeding warnings about funeral rituals that put them at risk. “Civil society and political and religious authorities are failing to acknowledge the scale of the epidemic, with few prominent figures spreading messages promoting the fight against the disease,” the organization said. In the statement, Janssens says the WHO and neighboring countries need to provide resources necessary for an epidemic.

The WHO has not released a response to the MSF statement but says it is working with local governments and is planning a regional meeting in Ghana on July 2, the Associated Press reports. The WHO does not currently recommend any restrictions to travel or trade in Guinea, Liberia or Sierra Leone. 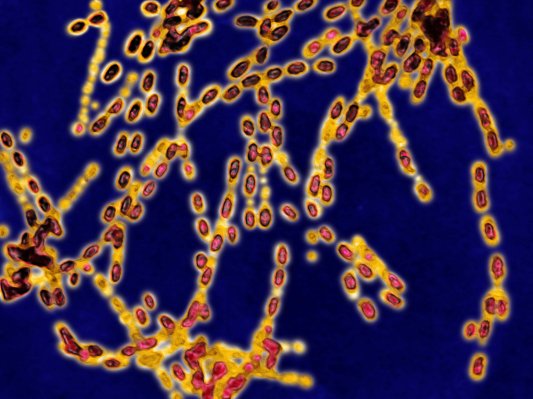 75 May Have Anthrax
Next Up: Editor's Pick