No, You Can't Auction Off Public Parking Spaces in San Francisco

San Francisco City Attorney Dennis Herrera sent an immediate cease-and-desist letter Monday to Monkey Parking, a peer-to-peer app that “enables motorists to auction off the public parking spaces their vehicles occupy to nearby drivers.” Though startups often operate in legal grey areas that new laws will eventually flush out, spokesperson Matt Dorsey says that “there is no grey area here.”

Imagine that you snag a parking spot on a busy downtown street where finding a slot is generally the equivalent of winning the lottery. Once your car is in the spot, Dorsey says, the app allows you to “sell” that space to the highest bidder. The winner gets to slide their car in as yours pulls out, paying you perhaps $25 in addition to the actual meter fees. The problem is that those parking spaces, unlike driveways, are clearly public assets that private citizens are forbidden to sell.

“Technology has given rise to many laudable innovations in how we live and work—and Monkey Parking is not one of them,” Herrera said in a statement. “It creates a predatory private market for public parking spaces that San Franciscans will not tolerate … People are free to rent out their own private driveways and garage spaces should they choose to do so. But we will not abide businesses that hold hostage on-street public parking spots for their own private profit.”

The City Attorney is giving Italy-based Monkey Parking, which operates on Apple’s iOS system, until July 11 to cease all activity in the City by the Bay and has vowed to file a lawsuit if that deadline is not met. A state consumer-protection law provides for a $2,500 fine per violation, and Herrera is arguing that means Monkey Parking will be on the hook for that amount for every transaction that has occurred through the app. The drivers using the app, meanwhile, could be paying $300 penalties under a city law that prohibits people from buying, selling or leasing public parking.

Correction: The original version of this story misstated the title and name of City Attorney Dennis Herrera. 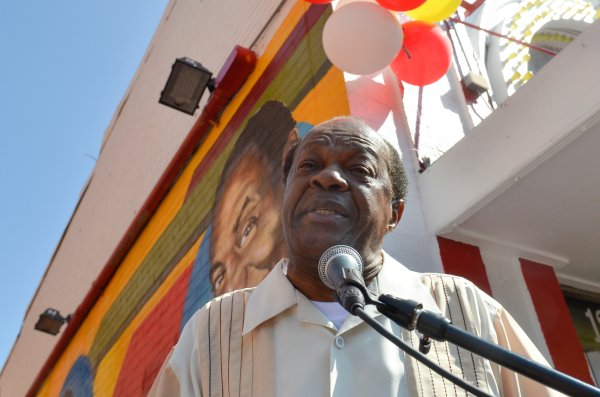 Former DC Mayor: Snorting Coke Was Like Having Sex
Next Up: Editor's Pick