This Is the New Stat Facebook Should Be Worrying About

All those ads that are increasingly crowding into users’ Facebook and Twitter feeds apparently aren’t doing much to affect what people actually buy. According to a newly released Gallup poll, 62% of Americans say social media has no influence on their purchasing decisions. Just 5% of people polled said social media has a great deal of influence on their buying habits. Even tech-savvy Millennials say they are not swayed by social ads—48% of respondents in that cohort said that social media doesn’t influence their purchasing decisions.

“A solid majority of American adults say that social media have no influence at all on their purchasing decisions — suggesting that the advertising may be reaching smaller segments of the market, or that the influence on consumers is indirect or goes unnoticed,” Gallup concluded. The company said people are more likely to consult in-store displays, television commercials, mail catalogs and magazines than a brand’s Facebook or Twitter account when making a purchasing decision.

If believed, the results could be problematic for social media companies like Facebook, which has tried to convince both marketers and investors that online ads can improve brand recall and drive in-store sales. U.S. companies spent $5.1 billion on social media advertising in 2013, according to Gallup. Facebook alone generated $7 billion in ad revenue last year globally.

Since the poll measured people’s sentiment and not their behavior, it’s possible that people are being influenced by social ads and they just don’t know it or won’t acknowledge it. But respondents indicated that they’re not using social media to go shopping or engage in commerce. 94% of respondents said they primarily use social media to connect with friends and family, while just 40% use it to find out information about a company. Even fewer people, 29% of respondents, said they use social sites to find user reviews or product information.

Facebook dismissed the value of the findings outright. “The only thing this poll shows is that self-reported behavioral data is unreliable,” a spokesperson said in an emailed statement. “For decades, studies that look at people’s actual, real-world behavior have shown that ads on all mediums, including social media, affect the things people buy. The most successful marketers in the world don’t just take our word for it when it comes to ad effectiveness, they’ve asked us to prove that our ads work. And we have.”

Gallup surveyed more than 18,000 American adults in December 2012 and January 2013 to derive the results. 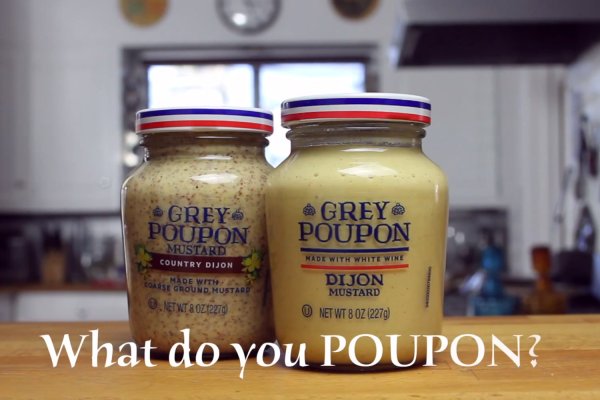 This Grey Poupon 'Ad' Is Gross, Hilarious
Next Up: Editor's Pick