There was a time when you couldn’t convince me to buy Microsoft Office, let alone pay the recurring cost for an Office 365 subscription. My word processing needs are basic enough that I can survive on free options like Google Drive, OpenOffice or even Microsoft’s Office Online. Paying for Office just never made sense, and subscribing to Office 365 seemed like madness.

But now, I’m tempted to take Microsoft up on its latest offer for Office 365 subscribers: For $7 per month or $70 per year, you can get Office on a single computer, plus one terabyte of OneDrive cloud storage. Paying $10 per month or $100 per year gets you Office on up to five computers, and up to five users each get their own terabyte of storage.

That’s a big jump from the measly 20 gigabytes per user that Microsoft used to give to Office 365 subscribers. And according to our cloud storage comparison chart–which I’ve just updated–an Office subscription now gets you the most storage for the money, edging out Google Drive ($10 per month or $120 per year for one terabyte) and Bitcasa ($99 per year for one terabyte).

I started using OneDrive in earnest last fall after purchasing a Surface Pro 2. The tight OneDrive integration in Windows 8.1 made it easy for me to sync Word documents and .TXT files, so I could move between the Surface and my main Windows desktop without having to manually transfer files back and forth. (The free version now includes 15 gigabytes of storage, up from 7 gigabytes previously.)

With a terabyte of storage, I could start syncing all my photos as well. OneDrive’s iOS and Android apps can automatically back up any photos you take, so I could then manage those photos–along with any from my DSLR–on my Surface or desktop. Currently, I use BitTorrent Sync to automatically send photos to my desktop, while also auto-uploading them at reduced resolution to Google+ and occasionally doing a manual upload to Flickr, which offers 1 terabyte of free storage. Sending everything to OneDrive and managing it all through Windows Explorer sounds like less of a hassle.

In my case, Microsoft’s Office suite would be icing. My wife wouldn’t have to use the outdated version of Office she gets free from work, and I wouldn’t mind having a touch-optimized version on the Surface once Microsoft actually gets around to releasing it.

I haven’t decided one way or another yet–indefinite payments of $100 every year is still a big commitment–but what Microsoft is offering no longer seems crazy to me. 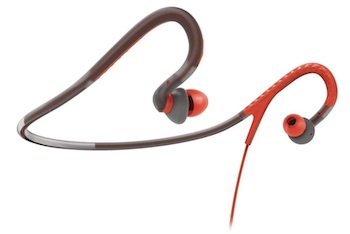 4 Great Sports Headphones for Under $50
Next Up: Editor's Pick