We Need to Ditch Our Filthiest Source of Energy: Coal

It can all seem overwhelming. But for the next decade or so, America’s main challenge is relatively simple, because our biggest problem is also our most solvable problem. That problem is coal. It’s our filthiest source of energy, producing one fourth of our emissions and three fourths of our emissions from electricity, despite producing less than 40 percent of our electricity. We need to burn a lot less of it.

This is why President Obama’s new effort to limit carbon emissions at power plants is so important—and, as I wrote last week, so potentially disappointing. Coal provides our best opportunity for major short-term emissions cuts; our coal plants have already slashed generation by 20 percent since 2005, and another 10 percent of the U.S. coal fleet is already scheduled for retirement. But Obama’s Clean Power Plan only envisions a 30 percent overall drop in coal power from 2005 levels by 2030, which would barely move the needle. EPA Administrator Gina McCarthy did suggest to me that her agency’s proposed regulations will do much more than than her agency’s forecasts imply, but there’s not much in the Clean Power Plan that would suggest a major crackdown on coal.

Instead, the EPA projects that we would still get more than 30 percent of our power from coal in 2030. That would be a catastrophe. Coal plants emit twice as much carbon as natural gas, and infinitely more carbon than wind, solar, nuclear and other zero-emissions sources of power. They are also public health nightmares, fouling our air with mercury, soot, and other toxics, shrouding cities in smog and triggering asthma attacks among children. And the coal we burn in our power plants—unlike the petroleum we burn in our vehicles—can be easily and inexpensively replaced without changing our behaviors or disrupting our economy.

Carbon math can be daunting. We need to cut emissions 80 percent by 2050 to stop the broiling of the planet. We need to make serious headway much sooner than that to have any chance of success. Unfortunately, we’re nowhere close to ending our addiction to oil for transportation. Farm-grown fuels like corn ethanol are an eco-disaster, and cost-effective advanced biofuels are still years away. Electric vehicles are incredibly exciting, but they’re still a tiny slice of the U.S. auto fleet, and their batteries, although getting cheaper, are not yet mainstream cheap. Obama’s fuel-efficiency standards have helped our cars and trucks guzzle less gasoline, just as his energy efficiency standards have helped our light bulbs and appliances slurp less power, but reducing our demand in a growing economy is a slow and gradual process.

But we already have cleaner and cheaper alternatives to coal for electricity. Over the last several years, a fracking revolution has unlocked a glut of inexpensive natural gas, while a clean power revolution has made renewables cost-competitive, producing 90 percent of the new generating capacity in the first quarter of 2014. Even fossil-fuel-friendly Republican states like Oklahoma and Texas are replacing aging coal plants with wind, while Georgia and Idaho are replacing coal with solar—not to save the earth, but to save ratepayers money. As these clean alternatives get much cheaper, it’s getting much costlier for coal to comply with Obama’s tighter EPA rules on pollution from mercury and particulates, while fledgling technologies that could help coal plants capture and store their carbon underground have remained stubbornly expensive. Meanwhile, new EPA rules are coming on coal ash and ozone. Electric utilities facing multi-billion-dollar decisions about installing new pollution control equipment have to be wondering whether coal has a viable long-term future.

Tougher carbon rules would help persuade them the answer is no and accelerate the transition to clean power. We ought to get the coal challenge out of the way, so the market can start to address new challenges, such as cheaper storage that will help renewables produce the non-stop power that coal provides now. It’s true that much of the developing world is even more reliant on coal than we are, but we can help lead the world away from the dirty stuff. And the global situation is not as hopeless as some suggest. For example, China’s notorious coal boom is slowing dramatically; its annual growth in coal consumption has dropped from 18 percent to 3 percent in a decade, and its leaders are now pushing efficiency, solar and wind.

In the long run, we are going to need all kinds of disruptions to solve our climate problems. We’ll need cleaner cars, greener lifestyles, denser cities, carbon taxes. We’ll need technological breakthroughs and more aggressive deployment of the clean technologies we already have. But coal has already been disrupted. Its only remaining advantages are politics—even the Obama administration feels pressure to show it isn’t fighting a war on coal—and inertia. For executives of utilities with coal plants, the path of least resistance is to maintain the status quo and delay the inevitable day of reckoning. The best thing we can do for the planet is make sure the reckoning happens now. 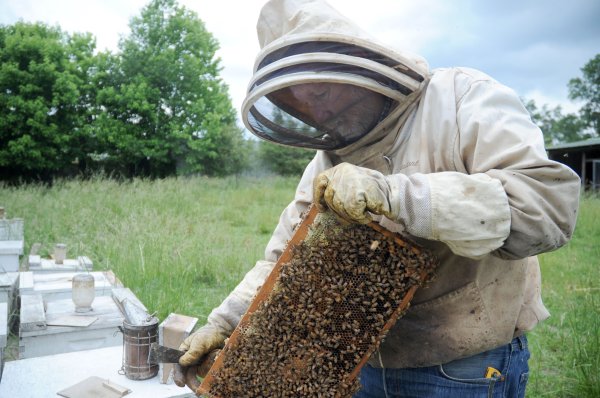