Armed paramilitary policemen ride on a truck during an antiterrorism oath-taking rally at the Grand Bazaar in Urumqi, China, on May 23, 2014
AP
By Melissa Hellmann

China has arrested at least 380 people in its first month of a yearlong campaign against terrorism, state-run media said on Monday.

The crackdown was triggered by a suicide attack blamed on Islamic militants that left 39 people dead in the restive western province of Xinjiang in May.

The Ministry of Public Security said in a statement that the campaign to avert the spread of religious radicalism would last until June 2015, “With Xinjiang as the center, and with cooperation from other provinces.”

China Central Television (CCTV) stated that the campaign began with the disbanding of 32 terrorist groups in the western province, confirming Beijing’s promise that “terrorists and extremists will be hunted down and punished,” AFP reported.

Along with arrests that concentrated on suspected militants in Xinjiang but spread throughout the country, police also seized 264 devices that could discharge 3.15 tons of explosives, CCTV reported.

Most of the violence in Xinjiang apparently stems from rising tensions between the predominantly Muslim Uighur minority and majority Han Chinese migrants. Human-rights groups also blame increasing economic disparity and religious discrimination against the Uighurs, although Beijing claims that the government has helped improve the local economy and infrastructure. 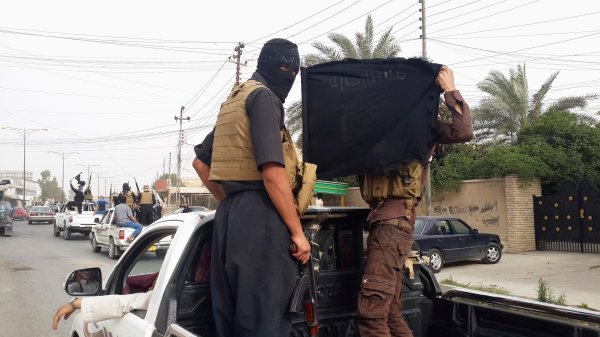 Guess Which Country Is the Biggest Per Capita Supplier of Foreign Fighters for ISIS
Next Up: Editor's Pick