Muslim women sit in front of a banner reading Allah during a protest outside the court of appeal in Putrajaya, outside Kuala Lumpur, on June 23, 2014
Vincent Thian—AP Photo
By Melissa Hellmann

Malaysia’s highest court upheld a lower court’s ruling on Monday that denied an appeal by the Catholic newspaper The Herald to use the word Allah, considered the Arabic name for God. The decision made by a seven-judge panel laid to rest a tumultuous six-year court case that catalyzed religious tension in the Muslim-majority Southeast Asian nation.

The case was originally brought in 2007 when the Home Ministry banned the use of Allah in the Malay-language edition of the paper, which dovetailed with a threat to withdraw its publishing permit. Church leaders insist that Allah has been used in religious literature and Malay-language Bibles to refer to the Christian God for centuries.

A 2009 appeal favored The Herald, which argued that Christians had the constitutional right to use the term — a decision that led to attacks on Christian places of worship for several years. Muslims argued that the Christian use of Allah could persuade Muslims to convert and so jeopardized national security. Following a ruling in October that reinstated the ban, Islamic authorities confiscated Bibles that used the word Allah. In January, two petrol bombs were thrown at a Malaysian church.

The federal court’s conclusive ruling on Monday was met with cheers from hundreds of Muslim activists outside the court. Chief Justice Tun Arifin Zakaria told the courtroom that “The court of appeal was right to set aside the high-court ruling,” local papers reported.

Disappointed Christians saw the decision as a threat to their religious freedom, complaining that it was only one example of increasing Islamization being pushed by the 60% Muslim majority. The Herald editor Father Lawrence Andrew told AFP that the judgment failed to “touch on the fundamental rights of minorities.” 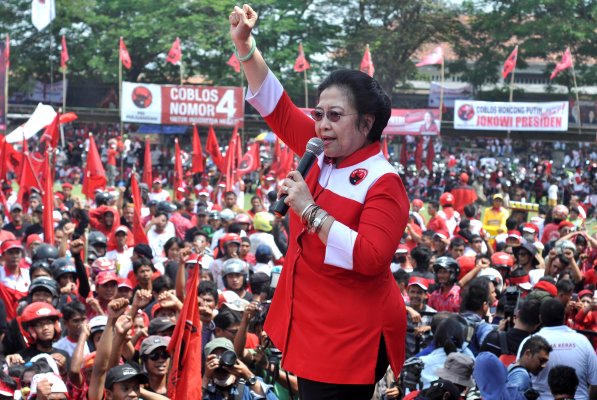 Indonesia's Elections Feature Plenty of Women
Next Up: Editor's Pick