“Best of luck to Landon Donovan & the USA team,” tweeted SamsungMobileArabia, the electronics company’s account based in Dubai in the United Arab Emirates. Samsung’s #GALAXY11 campaign featuring Donovan and other international soccer stars in space-suit-like outfits first appeared in 2013.

Instead of going to Brazil as part of the 23-man team, Donovan has been spending his summer working as an analyst for ESPN. His exclusion from the roster, however, has been a source of controversy.

It could have been worse, though: At least there wasn’t a photo of a giraffe involved. 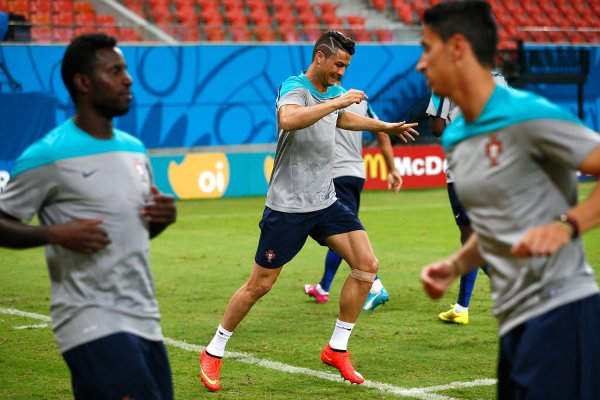 Are You Ready for Some 'Futbol?'
Next Up: Editor's Pick