Polish Foreign Minister Radoslaw Sikorski speaks to the media at a conference in St. Petersburg on June 10, 2014
Dmitry Lovetsky—AP
By Nolan Feeney

Polish magazine Wprost claims to have obtained recordings of a conversation in which Poland’s Foreign Minister Radoslaw Sikorski says that “the Polish-American alliance is worthless, even harmful, as it gives Poland a false sense of security. It’s bulls—t.”

The quote is an excerpt of a longer conversation purportedly between Sikorski and former Finance Minister Jacek Rostowski that Wprost is expected to publish Monday or Tuesday, the Associated Press reports. The leaked recording comes just two weeks after President Barack Obama visited Poland.

The conversation is said to have occurred in the spring of 2014, though it’s not yet known who leaked the tape, and the identity of the speakers have not been confirmed.

In the tapes, Sikorski allegedly says Polish people have the mentality of “murzynskosc,” which Radio Polskie says is a racially charged, derogatory term that is roughly similar to “like a Negro.”

“The problem in Poland is that we have very shallow pride and low self-esteem,” Sikorski allegedly says.

Last month, Poland put forth Sikorski as a candidate to succeed European Union foreign policy head Catherine Ashton. Sikorski has been a supporter of the U.S. in the past, but in recent years has become more critical of the U.S. government.

Sikorski has also been a vocal critic of Russian President Vladimir Putin and his role in the Ukraine crisis. During his visit to Warsaw in early June, Obama proposed spending as much as $1 billion to increase U.S. military presence in Poland and surrounding countries in case Putin escalates the conflict in the region, the Washington Post reports.

On Twitter, Sikorski said he had never been to the restaurant where he believed the conversation was said to have been recorded. Wprost’s Michal Majewski replied that the conversation did not take place at that restaurant — where other recordings obtained by the magazine had — but in a completely different location.

The Polish government said it would comment after the rest of the recordings are published. 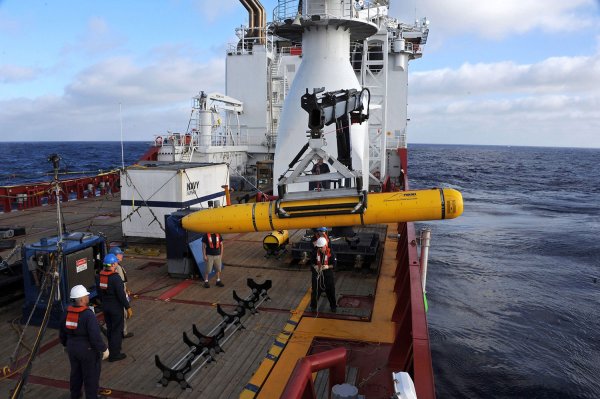 MH370 Search Will Move to New Area of Ocean
Next Up: Editor's Pick