4 Things to Watch for at This Year's Wimbledon

We know you might be addicted to the World Cup, and who can blame you? It’s been pretty amazing. But if your brain can digest two events showcasing some of the greatest athletes from around the globe, don’t forget about Wimbledon, which starts on Monday. This year’s fortnight should be special. Here are four reasons why:

1. The Roger-Rafa Slam Chase. If Roger Federer is going to win a record 18th Grand Slam — and put a little more distance between him and Rafael Nadal, who has 14 titles, and is five years younger than his longtime rival — odds are the victory will come at Wimbledon. Federer has won seven championships at the British tournament, and his last Grand Slam title came on the Wimbledon grass, when he beat Andy Murray in the 2012 final. Federer won his grass-court tune-up in Halle, Germany, this year; counting him out would be pure folly.

Nadal, on the other hand, has recently had a hellish time on grass. He lost in the first round of that same Wimbledon tune-up. Last year, he fell in the first round at Wimbledon, and in 2012, he was beaten in the second round — and then was sidelined for seven months because of a bum knee. But Nadal tends to surprise. He had the worst clay-court season of his career this year and still took the French Open.

The two-time Wimbledon champ could meet Federer in the semifinals. There might be some hype around that match.

2. Not-So-Dandy Andy. Last year, Andy Murray — of Scotland — ended Great Britain’s tortuous Wimbledon drought, as he became the first British man to win the fortnight in 77 years. He entered that tournament on a bit of a high: he had won the previous year’s Olympic event on the Wimbledon grass, the U.S. Open a few months later, the Miami hard-court tournament in March 2013 and the Queen’s Club Wimbledon tune-up.

But Murray not only hasn’t won a single tournament since last year’s Wimbledon, he hasn’t even reached a final. Murray had back surgery nine months ago and split with his coach, Ivan Lendl, in March; Amélie Mauresmo, the 2006 women’s Wimbledon champ, is his new coach. Will Mauresmo be able to lift Murray’s game and give Great Britain something to cheer about? After England’s World Cup flameout, many fans could use a lift. Top-seeded Novak Djokovic, however, is in Murray’s half of the draw.

3. Sharapova Surging. Ten years ago, Russian teenager Maria Sharapova stunned the globe when she beat Serena Williams in the Wimbledon final, denying Williams a third straight title. Since that breakout event when she was 17, Sharapova has won four more Grand Slams, including the French Open a few weeks ago. Williams was the last woman to win the French and Wimbledon titles in the same year, in 2002. Sharapova hasn’t lifted the Wimbledon trophy since her breakout win a decade ago, and she faces a potential quarterfinal clash against Williams, who owns a 16-2 career record against her rival — though when you dominate an opponent like Williams has dominated Sharapova, can it really be called a rivalry?

4. Serena’s Struggles. The good news for Sharapova: Williams has had a frustrating year. Although she won the hard-court tournament in Miami in March and won on clay in Rome in May, she also lost in the round of 16 at the Australian Open, and made a shock exit in the second round of the French Open, at the hands of Garbiñe Muguruza of Spain. Williams also pulled out of the Madrid tournament in the quarterfinals with a thigh injury. The Wimbledon draw has done Williams, who has won five titles on the west London courts, no favors. When Serena gets written off, however, she tends to dominate. A sixth Wimbledon could be her sweetest. 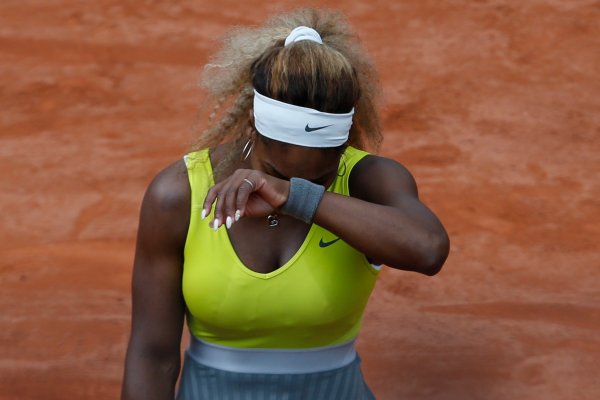