Hope Solo #1 of the United States warms up prior to playing against Russia at FAU Stadium on February 8, 2014 in Boca Raton, Florida.
Marc Serota—Getty Images
By Sam Frizell

Solo, 32, was hosting a large party when she attacked her sister and nephew shortly before 1 a.m., leaving visible injuries on both of them, police said. Her nephew is a teenager and her sister is in her forties.

Solo is being held without bail at the South Correctional Entity Regional Jail under the name Hope Amelia Stevens on charges of fourth-degree assault. Her first court appearance is set for Monday morning.

“I consider [Solo] a celebrity in Seattle,” Kirkland Police Lt. Mike Murray told TIME. But “she was very uncooperative. She can lose her temper very easily.”

The Seattle Reign FC said on Twitter they were gathering information about Solo’s arrest.

Solo’s then-boyfriend Jerramy Stevens, a former National Football League player, was arrested in 2012 for allegedly assaulting Solo shortly before the two married. After the incident with Stevens, Solo told the Seattle Times that she was living in the spotlight of misleading reports.

“At the end of the day, I can’t really let myself get too angry about outside opinions that are or aren’t true,” she said.

Correction: The original version of this story misstated the league in which Seattle Reign FC plays. 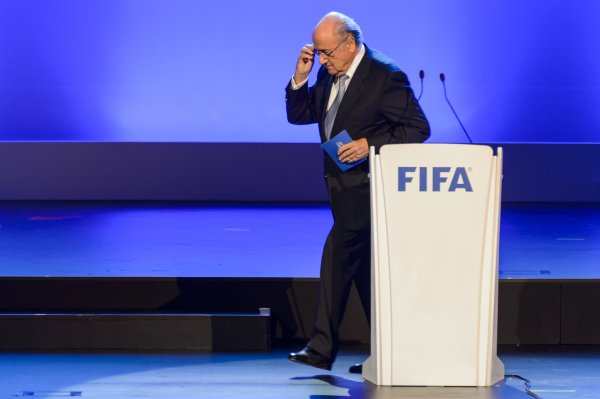 FIFA President Faces Flak Ahead of World Cup
Next Up: Editor's Pick