Google-owned smart home company Nest is acquiring home-monitoring startup Dropcam for $555 million, in a move that expands the Google-owned Nest’s smart home repertoire from thermostats and smoke detectors into cameras.

Nest, which was acquired by Google earlier this year for $3.2 billion, makes a thermostat that learns your daily schedule and adjusts your house’s temperature based on your behavior. Nest also makes a smart smoke detector. Dropcam, meanwhile, makes cameras that allow users to remotely monitor their homes, keeping tabs on pets, kids and valuables.

Matt Rogers, Nest’s founder and head of engineering, said in a statement that Dropcam and Nest will eventually expand their product offering to “help shape the future of the conscious home.”

“Our companies actually have a lot in common,” Rogers said. Dropcam’s “team has managed to create products that change how people interact with their homes,” he added.

While some privacy-minded users may be reluctant to put a camera system indirectly owned by Google in their homes, Dropcam will fall under Nest’s business model and privacy policy, Rogers said, meaning user data won’t be shared with Google. Current Dropcam customers will continue to use their regular accounts, he added.

The $555-million deal was signed Friday but has yet to close, re/code reported. 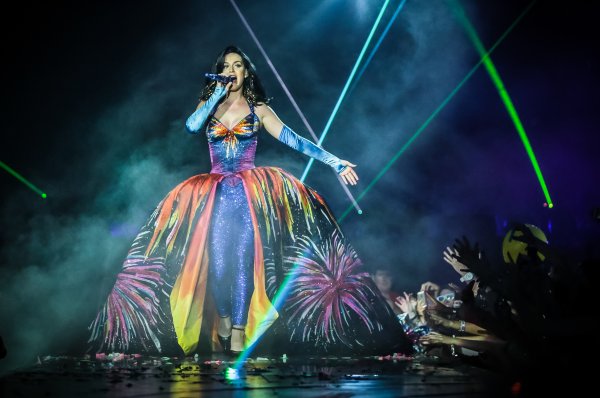 Katy Perry's Movie Is Streaming Directly on Facebook Now
Next Up: Editor's Pick