This Is Why Your Local Police Department Might Have a Tank

Alecia and Boun Khan Phonesavanh (center), the parents of 19-month-old Bounkham Phonesavanh who was severely burned by a flash grenade during a SWAT drug raid, attend a vigil with their daughters outside Grady Memorial Hospital where he is undergoing treatment, on June 2, 2014, in Atlanta.
David Goldman—AP
By Josh Sanburn

In a pre-dawn drug raid late last month in northern Georgia, the Habersham County police entered the home of the Phonesavanh family while they were sleeping and dropped a “flashbang” grenade in a crib holding a 19-month-old boy, who was badly burned and later placed into a medically induced coma. No one was arrested, and no weapons or drugs were found inside the home.

The officers making the raid were part of what the county police call an SRT – or a Special Response Team. That moniker is normally used by the military. But SRT and SWAT teams using military-style tactics and weaponry are becoming increasingly common.

As the Iraq and Afghanistan wars have wound down, police departments have been obtaining military equipment, vehicles and uniforms that have flowed directly from the Department of Defense. According to a new report by the ACLU, the federal government has funneled $4.3 billion of military property to law enforcement agencies since the late 1990s, including $450 million worth in 2013. Five hundred law enforcement agencies have received Mine Resistant Ambush Protected (MRAP) vehicles, built to withstand bomb blasts. More than 15,000 items of military protective equipment and “battle dress uniforms,” or fatigues worn by the U.S. Army, have been transferred. The report includes details of police agencies in towns like North Little Rock, Ark., (pop: 62,000), which has 34 automatic and semi-automatic rifles, a Mamba tactical vehicle and two MARCbots, which are armed robots designed for use in Afghanistan.

“More Americans are becoming aware of the militarization of policing, but the use of paramilitary tactics to fight the war on drugs has been going on for a very long time,” says the ACLU’s Kara Dansky.

Throughout the 1980s, law enforcement agencies got more aggressive in how they served drug warrants. By the 1990s they looked to the military not only for equipment but tactics, and in 1997, Congress created the 1033 Program — with the motto “from warfighter to crimefighter” — that allows the Department of Defense to funnel surplus military equipment to law enforcement agencies at no cost. According to Pentagon data obtained by The New York Times, police departments have received tens of thousands of machine guns and 200,000 ammunition magazines since 2009.

As police departments have added military gear, they’ve also upped the number of SWAT deployments, especially for use in drug warrants. According to research done by Peter Kraska, a criminal justice professor at Eastern Kentucky University, 89% of police departments serving populations of 50,000 or more had SWAT teams in the late 1990s, twice as many as in the mid-1980s. In the mid-2000s, 80% of smaller police agencies – those serving between 25 and 50,000 people – had SWAT teams, up from 20% in the mid-1980s.

Those squads are increasingly being deployed for drug searches. According to the ACLU, almost two-thirds of SWAT deployments between 2011 and 2012 were for drug raids. Many of those units, says Kraska, base their strategy and tactics on military special operations like Navy SEALs.

“When people refer to the militarization of police, it’s not in a pejorative or judgmental sense,” Kraska says. “Contemporary police agencies have moved significantly along a continuum culturally, materially, operationally, while using a Navy SEALs model. All of those are clear indications that they’re moving away from a civilian model of policing.”

Using military-style equipment has an effect on the behavior of police officers as well, adds Kraska. “It changes the culture of the police department,” she says. “It gets them into a much more intense, paramilitary mindset rather than thinking about a community-oriented approach to policing.”

A number of incidents involving SWAT teams on drug raids have occurred around the U.S. in recent years, often involving force with military-style equipment that critics say is excessive. But some towns are turning their backs on military gear. In New Hampshire, a state legislator has introduced a bill banning towns from accepting military vehicles. And residents in towns in New York and California are speaking up about the militarization of their agencies.

In Habersham County, the Georgia Bureau of Investigation is probing whether officers broke the law in using excessive force at the Phonesavanh home. “I don’t know what kind of surveillance they did,” said the family’s lawyer Mawuli Mel Davis, “but that can’t be the standard.” 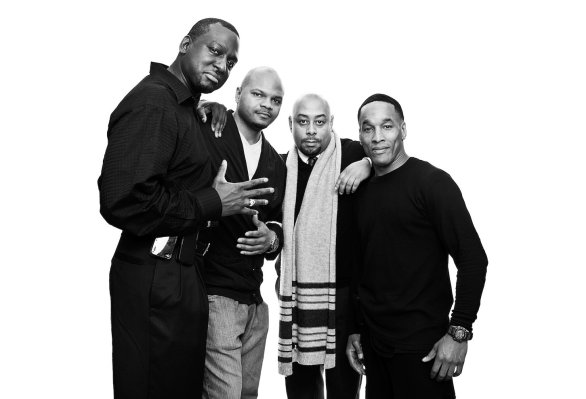 The 'Central Park Five' Settling Jogger Case for $40 Million
Next Up: Editor's Pick