You Asked: Is the 5-Second Rule Legit?

Donut down! You quickly grab your grub, certain you’ve satisfied the 5-second rule with time to spare. But is your fallen food safe to eat?

Past research shows roughly 70% of women would say yes, along with 56% of men, says Paul Dawson, a food scientist at Clemson University who has lab-tested the legitimacy of the 5-second rule. Unfortunately, snacking on stuff that has touched the ground is always a risky proposition, he says.

“I compare picking up dropped food and eating it to not wearing a seat belt,” Dawson says. You could drive a lifetime without wearing a safety belt and never have an accident, but that doesn’t mean you’re safe not wearing one, he explains.

Dawson and his team tested the time it takes harmful bacteria like salmonella to transfer from various surfaces—wood, tile, carpet—to either dry foods (bread) or moist ones (bologna).

Here’s what they found: The length of time food spends on the floor does increase the amount of bacteria that latches on. Also, specific food-floor combinations (especially moist food on tile) result in a greater transfer of germs. But regardless of the snack-surface specifics, a significant amount of unhealthful gunk jumps from the ground to your food pretty much instantaneously, Dawson explains.

“I stand by the zero-second rule,” he says. “If bacteria is present on the ground, it will be transferred to your food.”

“The majority of bacteria transfer to the food immediately on impact,” Hilton says. “The quicker you pick up your food, the fewer bacteria will transfer.” But that doesn’t mean a speedy recovery of your fallen treat will keep you safe from germs, he adds.

What about food falling on other surfaces—like your desk at work? It all depends on whether illness-causing bacteria are present, Dawson says. According to a University of Arizona study, the average office desk harbors hundreds of times more germs than the average office toilet seat. 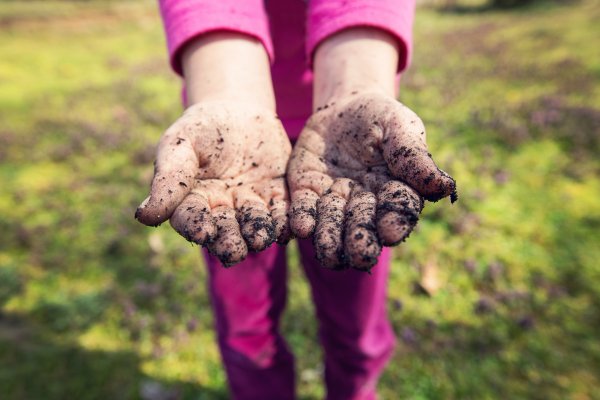 Study: Being Too Clean Hurts Kids' Health
Next Up: Editor's Pick