Former Montana Gov. Brian Schweitzer took to Facebook on Thursday to apologize for saying House Majority Leader Eric Cantor set off his “gaydar” and for using a vulgar metaphor for Sen. Diane Feinstein’s relationship with the intelligence community.

“I recently made a number of stupid and insensitive remarks to a reporter from the National Journal. I am deeply sorry and sincerely apologize for my carelessness and disregard,” Schweitzer, considered a long-shot candidate for the Democratic nomination for president in 2016, wrote Thursday afternoon.

While Schweitzer has been praised by some for his candor and theatrics—as governor, he killed Republican-sponsored bills with a branding iron that read “VETO”—these recent remarks triggered a torrent of criticism, causing many to speculate that that he’d erased whatever small chance he had at nabbing the nomination. 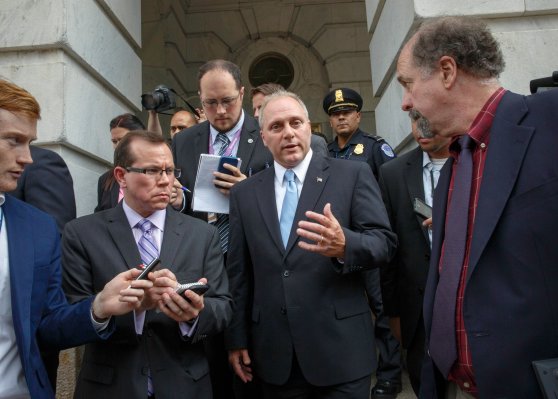 Tea Party Gets a Seat in House Leadership
Next Up: Editor's Pick