The United States unveiled a range of measures Thursday intended to punish Uganda for its worsening crackdown on homosexuals.

The White House canceled a joint military exercise due to be held there, and announced it would impose harsher visa restrictions on Ugandans involved in human rights abuses and corruption, and cut or redirect funds for a number of aid programs in Uganda.

“As President Obama has stated, the Government of Uganda’s enactment of the Anti-Homosexuality Act (AHA) runs counter to universal human rights and complicates our bilateral relationship,” National Security Council spokeswoman Caitlin Hayden said in a statement. “We announced in April a series of initial responses, and we have since considered how further to reinforce our support for human rights of all Ugandans, regardless of sexual orientation or gender identity.”

Senior administration officials told Reuters that the new measures will not affect HIV/AIDS and food programs that help local Ugandans, adding that the steps were specifically targeted at Ugandans involved in implementing the anti-gay law and ones guilty of corruption.

Hayden noted in the statement that the steps will not hinder the U.S.’s cooperation with the Ugandan government in countering the Lord’s Resistance Army—a militant movement accused of numerous human rights violations—and improving general security in Africa.

Ugandan government spokesman Ofwono Opondo told Reuters on Thursday that the announced cuts will not cause the government to amend its anti-gay laws.

“Uganda is a sovereign country and can never bow to anybody or be blackmailed by anybody on a decision it took in its interests, even if it involves threats to cut off all financial assistance,” he said.

Ugandan president Yoweri Musevini signed the anti-gay bill into law in February. Homosexuality was already illegal in Uganda, but the Anti-Homosexuality Act imposes a life sentence for repeat offenders guilty of “aggravated homosexuality.” 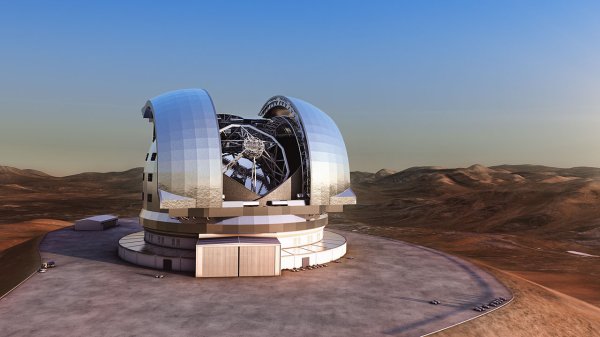 Workers Blow Up a Mountain to Make Room for a Huge Telescope
Next Up: Editor's Pick