5 Weird (But Effective) Ways You Can Conquer Chronic Procrastination

I’ve posted a fair amount of research related to procrastination in the past, let’s round it up so we have a useful list to refer to when willpower gets low.

Yes, that’s right, procrastination can be a good thing.

Dr. John Perry, author of The Art of Procrastination, explains a good method for leveraging your laziness:

The key to productivity, he argues in “The Art of Procrastination,” is to make more commitments — but to be methodical about it.

At the top of your to-do list, put a couple of daunting, if not impossible, tasks that are vaguely important-sounding (but really aren’t) and seem to have deadlines (but really don’t). Then, farther down the list, include some doable tasks that really matter.

“Doing these tasks becomes a way of not doing the things higher up on the list,” Dr. Perry writes.

A similar tip is described by Piers Steel, author of The Procrastination Equation:

“My best trick is to play my projects off against each other, procrastinating on one by working on another.”

“We are willing to pursue any vile task as long as it allows us to avoid something worse.”

A big part of chronic procrastination is dread. The task seems overwhelming. And that’s the first issue that needs attacking: those feelings.

By breaking the problem down into smaller chunks — even ones that require only 1 minute of activity — you prove to yourself the task isn’t insurmountable:

…a dash, which is simply a short burst of focused activity during which you force yourself to do nothing but work on the procrastinated item for a very short period of time—perhaps as little as just one minute.

So this sounds good in theory but you’re probably thinking: what’s that first step and won’t that be horribly, horribly painful?

For any procrastinated task, the first thing is to take one minute and just write down the steps you need to do to finish the task:

Just a rough draft, at first, and that’s it. Maybe just 3 steps. I then add more steps… Now, for some unknown reason, when there is nothing else to think about, and there is no way to screw this task up, because everything is laid out in front of me, I just start working on the task automatically. I might do just the first baby micro-step at first, but that’s OK. It follows to the next, and to the next, and before I know it, the task is finished.

You know that rewards and punishments can be effective in building good behavior.

This theory can still be the backbone of a very effective strategy — once you take that pesky “you” out of the equation.

Or make it $200 that the friend doesn’t keep — they donate it to the KKK or NAMBLA in your name.

Get the picture? That’s a commitment device.

The default is: they have your money. You want it back? Get the task done on time.

You procrastinate the most when you’re in a bad mood and think you can improve it with something fun.

When you’re in a good mood or when you don’t think you can improve how you feel, you screw around a lot less.

Via Temptation: Finding Self-Control in an Age of Excess:

So procrastination is a mood-management technique, albeit (like eating or taking drugs) a shortsighted one. But we’re most prone to it when we think it will actually help… Well, far and away the most procrastination occurred among the bad-mood students who believed their mood could be changed and who had access to fun distractions. This group spent nearly 14 of their 15 minutes of prep time goofing off! Students who believed their bad mood was frozen (those who were not given a supposedly mood-lifting candle) spent less than 6 minutes goofing off. (Even the good-mood students procrastinated slightly more if they believed their mood could be altered.)

If you’re really going to be motivated, you need to feel something. Having a rational goal in mind or thinking you want something just isn’t enough.

What moves you? What inspires you? Try that. Don’t know what makes you feel better? Go here.

Because glib as it may sound, changing your mood can change your mind.

1) Manage your mood throughout the day. Do the little things that keep you positive. Get enough sleep. Eat regularly. Take breaks.

3) Do a one minute dash and write out the steps needed to beat the first problem. This should help you get past the fear and start building momentum. If the dashes aren’t working, they’re not short and easy enough.

4) Still too difficult? Use positive procrastination and do one of the things lower on this list, rather than #1.

5) Establish your commitment device. Hand your friend that money, your most cherished possession or whatever has the most painful downside you can think of. The default position must be that you’re already screwed and need to un-screw yourself. If the commitment devices aren’t working, they’re not scary enough.

With enough practice, these become habit and that’s the goal.

The desire to procrastinate never completely vanishes. What matters is how you respond when you get that itch.

What good work habits do nearly all geniuses have in common? 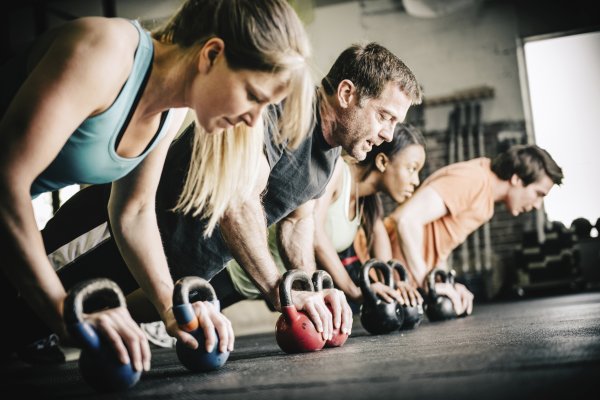 The 3 Reasons People Are Obsessed With Crossfit
Next Up: Editor's Pick